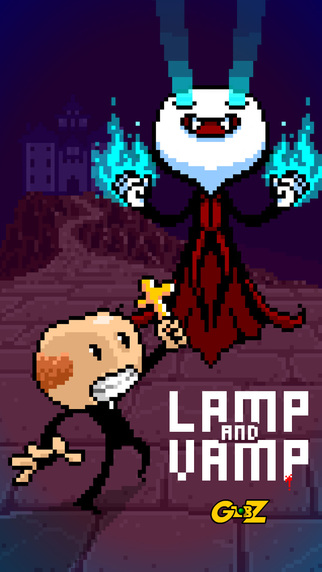 A new roguelike game is now available on the App Store, a really interesting game developed by a team which is more known for casual games.

Lamp and Vamp, developed by Globz, stars a vampire who has to reach his coffin to complete each stage. As in other roguelike games, players will have limited HP so they must plan all their moves with care. During each stage, players will also meet several villagers armed with lamps which spread light on the surrounding area, damaging the vampire in the process. Luckily the vampire has plenty of special abilities at his disposal to avoid getting killed like turning into a bat for extra movement, becoming fog and more. These abilities are pretty much needed to complete stages, even though they require HP to be activated.

Lamp and Vamp may seem a rather complicated game with so many gameplay mechanics but those who love roguelike games will surely have no problem understanding them and sinking hours upon hours in the game.

Lamp and Vamp is now available on the App Store for $1.99. The game looks like a really engaging roguelike so make sure to check it out if you’re looking for a new involving game to play on the go.