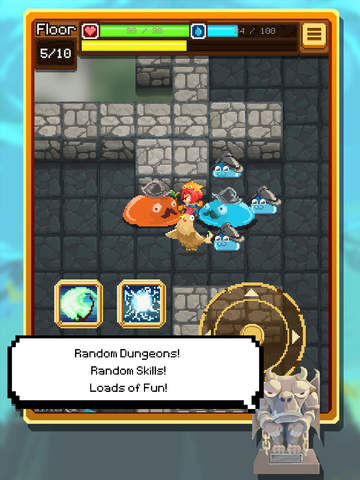 Most roguelike games available on the App Store are turned based games which allow adventurers to think as much as they like before making a move. If you’re among those who’d prefer a faster and more action oriented approach, you definitely need to check out a new roguelike that’s been made available recently on the App Store in all regions.

The new game is called I Wanna Be A Hero and players will take control of a hopeless warrior who is not equipped properly to explore dungeons and defeat enemies. Thankfully players will be able to use a variety of special abilities which will make defeating enemies not as hopeless as it initially looks like. As mentioned above, I Wanna Be A Hero sports an action oriented approach so players will also have to learn enemies’ pattern to be victorious.

I Wanna Be A Hero is now available for purchase on the App Store for the price of $2.99. The game seems like a very interesting roguelike so make sure to check it out if you’re a fan of the genre.