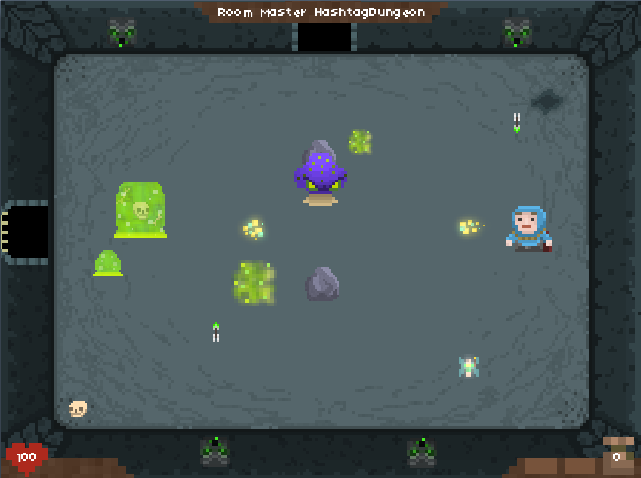 Among the upcoming titles, roguelike #Dungeon is probably going one of the more interesting ones.

As fans of the genre know, roguelike titles feature procedurally generated levels, which allows gamers to explore an almost unlimited number of stages, depending on how the games handle the matter.

Developer Kieran Hicks is really going to a whole new level for #Dungeon, as the game’s dungeons will be generated by a single Tweet. Color me impressed.

A Twitter account will be linked with the game, allowing the team to create the game’s dungeons with a code that’s tweeted from the same account. Gamers will be able to do the same by using the right syntax and add the correct hashtag. The tweeted code will determine the contents of each dungeon and their position. The Twitter method will not be the only way to create dungeons, as the game will include a full editor.

More social features will be present in the game. One of them seems pretty similar to one feature forund in the Souls series developed by From Software, which will allow gamers to leave messages in dungeons.

Now the bad news: #Dungeon has yet to receive a solid release date. The game should be available on iOS as well as on PC sometime during this Summer. We’ll keep you updated as soon as something new comes in on the matter.