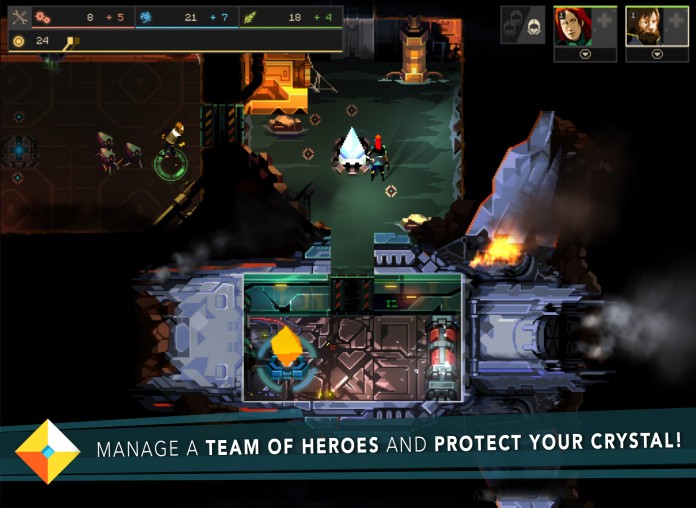 Last month we have reported that a new roguelike game called Dungeon of the Endless was going to be released this Summer on the App Store in all regions. Today, we have finally learned when the game will precisely launch for iPad.

Dungeon of the Endless will be released on the App Store for iPad on August 20th. Pricing has yet to be confirmed but we will keep you updated on the matter as soon as possible.

Dungeon of the Endless is a unique roguelike which combines elements from several different genres such as strategy games, tower defense games and more. Players will have to escape from a hostile planet after having crash landed on it, complete 12 randomly generated dungeons, gather resources, deploy towers and much more. The game, which is available right now on PC, has been praised for its challenging but balanced gameplay experience so those who have never played it will be in for something really good.

Dungeon of the Endless will be released later this week on the App Store in all regions. We will let you know if anything changes on the game as soon as possible so stay tuned for all the latest news on this interesting roguelike game.