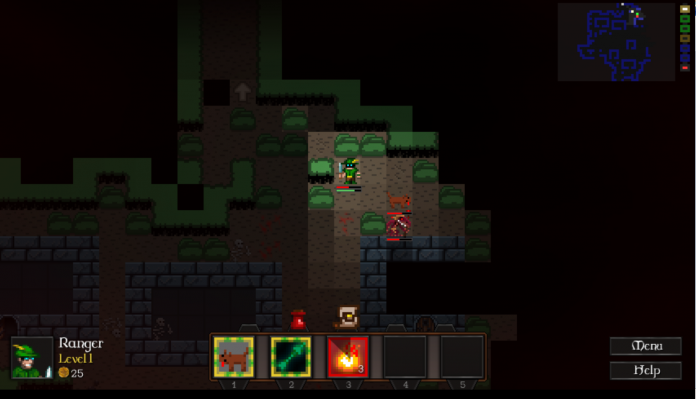 If you’re one of those gamers who cannot get enough damps and dark dungeons to explore, monsters to fight and loot to collect, you’ll be delighted in knowing that you will be able to get more of all of this soon.

Roguelike Cardinal Quest 2 does exactly what you would expect from a roguelike game, but does so in such an interesting way that you won’t even notice you have been playing the game. The team behind the game has optimized the whole experience so that it could be played in short sessions on the go. And this is quite a good thing, considering not too many gamers would want to play on their phones for too long.

The game is definitely streamlined compared to other roguelikes titles, but this doesn’t mean that it’s going to be any easier. The fearfule monster known as “permanent death” is still lurking behind every corner so make sure you’re prepared when exploring the game’s dungeons.

What makes the game streamlined is the fact that you will always be at the center of the action, as all item management has been made simpler. This means that you will be passing more time inside the procedurally generated dungeons rather than in menus.

The game will also offer plenty of replay value through the different class selections available when creating your character. As they all come with different abilities, you will have to approach gameplay in different ways.

Cardinal Quest 2 will be released soon on the App Store. We’ll keep you updated once it does.