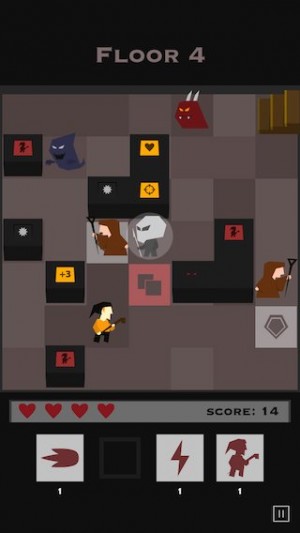 A new roguelike game is going to be released on the App Store next month, a game that will come with some unique features that will set it apart from other similar games.

Arcane Tower is being developed by Diego Cathalafud, who has also developed some other interesting iOS games such as Amber Halls and Power Grounds. In the new game, players will take control of a wizard who has to reach the top of the tower and defeat a variety of monsters. To defend themselves and defeat monsters, players have to collect spells, with only three of them that can be picked per floor.

As in several other roguelike games, Arcane Tower will feature procedurally generated dungeons. Alongside regular dungeons, players will also be able to play a Daily Challenge dungeon, which will be the same for all players. One really cool feature is that it will be possible to check out replays of Daily Challenge dungeon so to see how other players fared in the dungeon.

Arcane Tower will be released on the App Store later next month. We will let you know precisely when the game will become available as soon as possible so stay tuned for all the latest news.