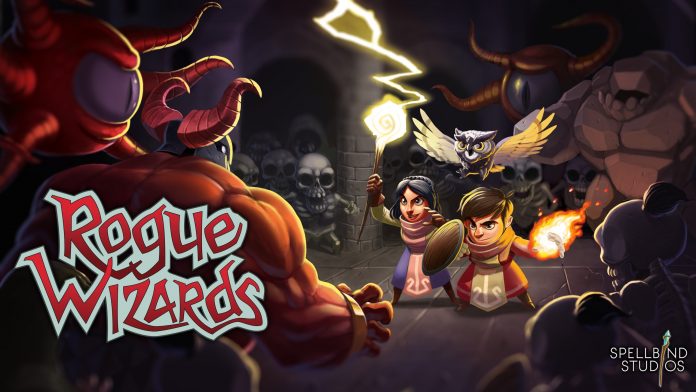 The realm of Rilfanor is under attack, and it’s up to a new hero to save the day from the evil wizard Hosperak! Rogue Wizards is a turn-based dungeon crawler, and our Rogue Wizards cheats and tips will help you survive the perilous trials that await you in the deep, dank dungeons. The six major elements are out of balance because of Hosperak’s mischief, so it’s up us to restore the natural order.

Rogue Wizards actually plays a lot like classic dungeon crawler roguelikes from the 90’s, so there’s a lot to cover here. Let’s get started with our Rogue Wizards cheats, tips and tricks strategy guide!

Prepare yourself for long adventure ahead!

Be sure you’re absolutely ready before you take the portal into a dungeon. You can leave at any time once you enter a dungeon, but you’ll have to start back from the first floor. If you’re attempting to clear the dungeon in one go, it’s best to prepare! Check your inventory and make sure you have the essentials: Elixirs of Life (the game recommends at least 5 – we think that’s a good starting point), your best weapons and armor, and of course bag space for any awesome loot you’ll come across during your dungeon dive.

Play defensively and utilize your surroundings!

Keep in mind that you can skip your turn and stay in place by tapping the button at the bottom left. This is useful for trying to get monsters in specific places, and make bad situations more favorable for you. As a small example, don’t just walk right up to monsters – you’ll get smacked in the face! Or burned, or zapped, or maybe something much worse. Instead of delivering yourself on a silver platter, use the pass command and let monsters come to you. This way you get the first strike on them! Of course, this won’t work with ranged monsters or spell casters.

Most dungeon layouts will have extremely narrow corridors in them – we’re talking one tile wide, meaning there’ just enough space for you to fit. These will often lead out into big open rooms that are swarming with monsters. Try not to fight out in the open, as you’ll be hit from all sorts of angles.

Instead, duck back into narrow spaces and try to funnel the monsters to you. Since they’ll have to squeeze into the single tile spaces, they’ll form a line and only one monsters will be able to attack you at time. Again this does not apply to ranged monsters, so be careful!

Clear out the floor for an experience bonus!

Before you descend down the stairs to the next floor of the dungeon, you may want to stick around. If you can destroy all of the evil beasts that are still lurking on that current floor, you’ll be rewarded with some bonus experience. If you open all of the chests on the floor you’ll also get a bonus.

For floors with traps, there’s also a reward for disarming all traps. You can keep track of each objective by looking at the icons below the magnifying glass at the top right. A green check mark means that corresponding objective is completed.

Learn all of the starting spells!

You’ll quickly realize that each monster type may have its own unique weakness. To cover as much ground as possible, you’ll want to learn the starting spells of each school of magic as soon as you can. With all of the starting spells, you’ll have fire, earth, lightning, and cold offensive spells at your disposal.

The two exceptions to this are the Nature and Dark trees. The starting spell in the Nature tree is Regroup, which teleports you to a random spot in the dungeon while healing you a small amount. The second spell Swarm causes Nature damage, so you want to work towards that.

The other exception is the Dark tree, which is a curious case in and of itself. The first spell, Banish, has a chance to “banish” enemies near you. When an enemy is banish, they’re sent to the shadow realm never to be seen again, effectively instant killing them. This spell is great early on for certain enemies, like the Skeleton Lords. These guys will revive fallen skeleton minions, so a lucky Banish can wipe them all out for you.

That’s all of the dungeon crawling tips we have for now. If you have any other tips or tricks to share about Rogue Wizards, let us know in the comments below!