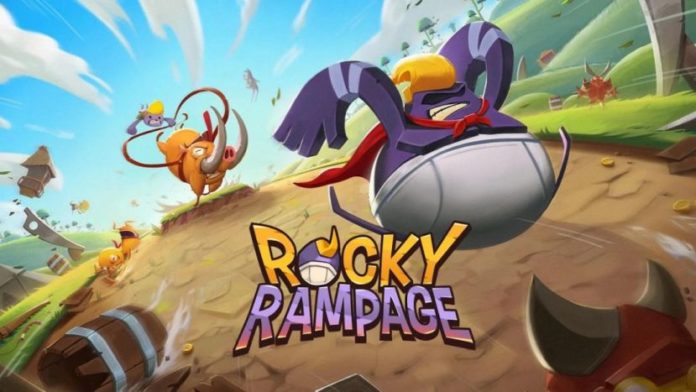 Rocky Rampage: Wreck ’em Up is an insanely fun and well done game! You probably love it just as much as we do, but if you want to get better at it, read our Rocky Rampage guide below, filled with tips and cheats to help you get started on the right foot and get the most out of the game.

Even though it is pretty straightforward, with few actual secrets, a bit of strategy never hurts. It doesn’t hurt to make sure that you know everything about the game as, and we’re here to help you to get better.

Without further ado, here are our Rocky Rampage tips and tricks:

Even though skill is important in this game, even the best player in the world won’t get too far without investing in upgrades.

But even the upgrades you can get are not equal, with some giving you better results than others. And we’ll talk about those first, the most important upgrades to focus on in Rocky Rampage:

Next, I would say that Launch Power, Kangaroo and the Boom Bird are very important updates, in this order. The Kangaroo is a really impressive helper, but we’ll talk about it later in this guide.

The Strength upgrade might become useful if you’re having trouble going through walls. I haven’t hit that wall yet, but maybe as you advance, you need to upgrade your strength to keep going. But unless you really can’t get through those walls, you shouldn’t increase its levels too often.

The Strength boost doesn’t seem to affect the amount of damage you’re dealing to the Queen’s guards (but your speed does), so focus on the important upgrades instead!

Upgrades are awesome, but they are also really expensive. And while you collect decent amounts of money during a run – if you play well, that is – it never hurts to earn more. This is where the Coin Gun comes into play!

By watching video ads, you can increase your earnings by up to 3 times for the next 10 plays. This is a really good deal and you should always have the Coin Gun active. Or, if you can afford it, you can buy it with real life money and never worry about it again!

Important: If you want the maximum bonus, you should watch 4 ads in a row. If you watch an ad and play 2 games, then watch another, you will get the income boost, but only for the remaining plays.

Quests are incredibly useful when it comes to scoring some free Gems. So keep an eye on them and complete them as soon as they become active: they’re really easy generally and only require you to basically play the game.

If you tap your character’s portrait in the main menu, you can change his wardrobe. He might not be wearing much, but those underpants come with some impressive bonuses.

You will unlock new clothes for your character by leveling up, spending Gems or real money. If you’re wondering which are the best clothes in the game, in my opinion, here you have them:

Take advantage and open all chests you collect

As you play the game, you will sometimes collect chests which can be opened by watching an ad. I recommend you to take advantage of this and do watch those ads, because the rewards from the chests are really awesome.

You will usually receive coins, maybe some Gems, but also some boosters that can prove really helpful in the game.

Select boosters only when you need them

My recommendation is to hoard up on those boosters and only use them when you’re in the more advanced chapters of Rocky Rampage. Early on, they are not very useful – or at least you can easily reach the distances required without getting them.

Later on, when the distances you have to beat in order to reach the guards are huge, these boosters come in handy, especially the Dynamite which basically gives you a restart when you stop.

I believe that breaking though the walls in Rocky Rampage is only a problem in the very early stages of the game, when your character doesn’t have enough speed and strength to properly go through them. But after a few upgrades here, I never had any problem breaking through a wall.

The golden rule of thumb here is that you need to hit the wall at full seed (or at least very fast). Each wall has multiple levels and after a hole is made on a level, it will remain there, so you can pass even if you are very slow.

However, since you don’t really have a lot of control when it comes to choosing the level of entry through the wall, this doesn’t really matter much.

Boss battles are the guards at the end of each stage: they have to be hit multiple times in order to be defeated, meaning that you will need to reach them on multiple occasions.

You deal damage to them based on the speed you have when you enter their room, so it’s always a good idea to keep your momentum going and boost your speed right before reaching a guard, in order to deal as much damage as possible.

Micromanage your taps to get as far as possible

You only have a limited number of taps you can make to see your character jump and even tough they refill over time (when you hit various goodies in the game), it’s still a good idea to micromanage them as much as possible and only tap when needed.

Your goal in the game is to keep the speed as high as possible and your character in the air as much as possible. This is definitely really difficult to do, but by managing your taps, you will get there.

It is very important to tap when you gain an advantage: either to reach a helper like the Kangaroo, to jump over an obstacle on the ground or to hit a bomb that will propel you farther.

Learn to take advantage of all helpers, like the Kangaroo

The Kangaroo is extremely helpful and can really take you far if you manage to play it correctly. And it’s easy once you know what you have to do.

Getting the most out of the Kangaroo is simple: you need to time your taps flawlessly and tap the screen a fraction of a second before it would hit the ground. If you time it right, it will jump higher, sending you farther.

So make it a habit to land those perfect jumps with the kangaroo and you will have no problem reaching the end on each run.

Rocky Rampage: Wreck Em Up is a game where you have to keep on rolling, which means that you have to do everything you can to preserve your speed (or accelerate).

This is where a mixture of skill, upgrades, practice and pure luck come into play: as long as you keep momentum, you are good. The slower you get, the more difficult it will be for you to recover.

So learn to time your taps even when not a kangaroo in order to reach that bomb that will send you away. Stay away from the obstacles that slow you down and keep an eye on the tap charges that you have. All these will help you keep momentum going and your character rolling to the end!

These would be our Rocky Rampage tips and tricks. If you have additions to make our guide better, don’t hesitate to let us know by sharing your comments below. 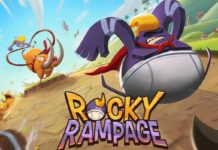 Roll Around and Wreck Baddies in Rocky Rampage, Coming April to iOS, Android