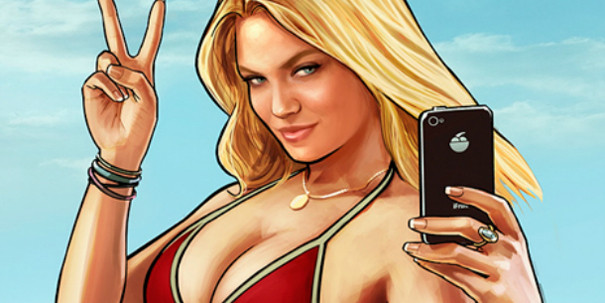 Rockstar’s clever little iFruit parody app for Grand Theft Auto V has officially been updated to version 2.0 which, according to the developer, should help combat the app’s connectivity issues.

After many users reported various issues with the app, such as not being able to log in or sync and/or save progress, Rockstar has managed to work out some of the iFruit kinks and they announced via Twitter that the newly updated app is once again available via the iTunes store.

For those who don’t know, the iFruit app allows users to access several different functions, many of which can tie into their progress in Grand Theft Auto V proper. Users can train and take care of protagonist Franklin’s dog Chop, teaching him new tricks and buying him new collars, both of which carry over to Chop’s GTA V incarnation. Users can also design custom license plates for any vehicles they own in either GTA V’s single-player mode or the upcoming GTA Online multiplayer mode with the Los Santos Customs app.

iFruit is currently an iOS-exclusive app but Rockstar says it’s working on an iFruit port for other mobile platforms such as PlayStation Vita in the future.