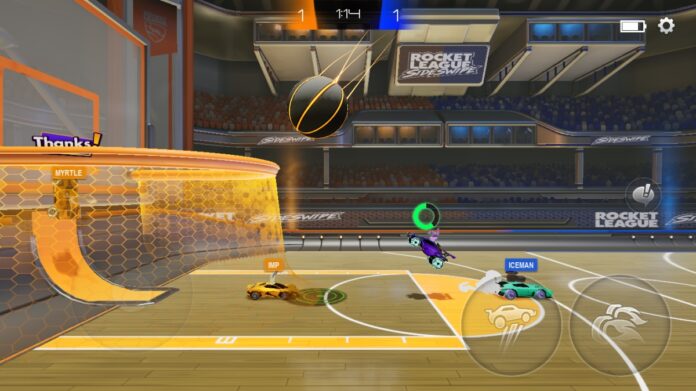 Rocket League Sideswipe is the baby sibling of the fast-paced competitive team game Rocket League, played on PS4, XBox, Nintendo Switch, PC and Mac platforms. Sideswipe may be on a smaller screen but the vehicular-based sports game is just as addictive! Face-off with your opponent in a 1v1 or 2v2 match, playing soccer or basketball, controlling your car as it boosts, spins, and jumps. The soccer element of the game is well-known, but what are the tricks to a decent game of Rocket League Sideswipe Hoops? Find out below.

The main trick that separates the casual player from the MVP is lots of practice! Be ready to put the time in to perfect your moves and learn how others play, and you will be guaranteed to be a master baller in no time! Good luck.