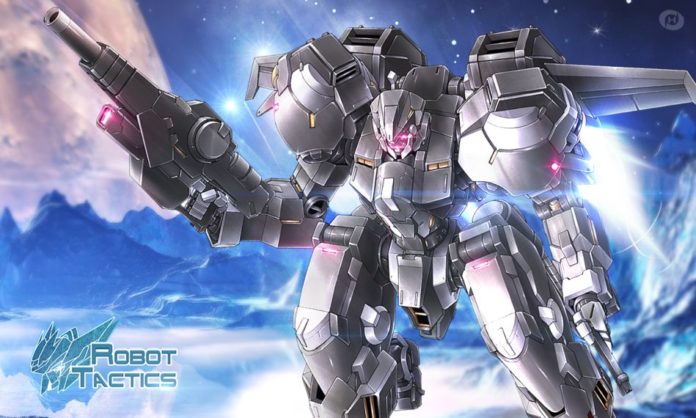 When somebody says robots, we tend to think of something like C3PO, Lieutenant Commander Data, or that mushroom-headed object from Buck Rogers that could only say, “bidibidibidibidi.”

The reality is far more mundane. At this point in history robots are pretty much only useful for assembling cars. Fictional robots are much better. And mechs are the undisputed kings of fictional robots.

Hence Robot Tactics, a genre-straddling strategy-RPG from developer Game Hollywood that gives you not only a heavy dose of killer robot anime action, but a splash of magic too. 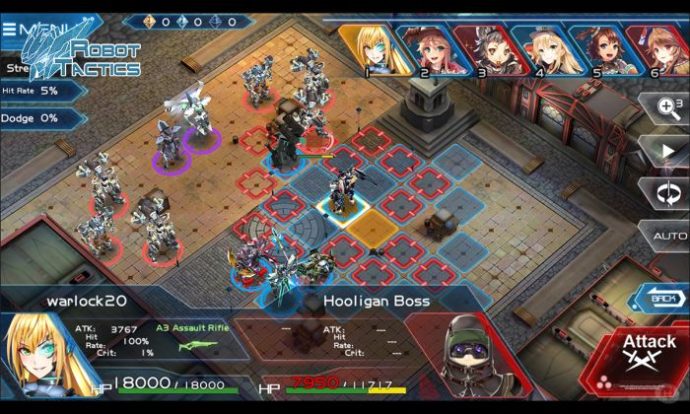 There’s a range of Japanese actresses and actors doing the voices for the characters here too, something a lot of anime fans will be really be able to get behind.

Your mission, should you choose to accept it, is to bring peace to Sunset Land. After all, nothing brings peace like a giant robot carrying a rocket launcher.

Practically speaking, you’ll spend most of your time engaged in battles. Some of these are small scale PvP battles, while others are large scale GvG battles. Others are single player, as you advance through the game’s campaign completing tasks and earning materials to upgrade your mech with. 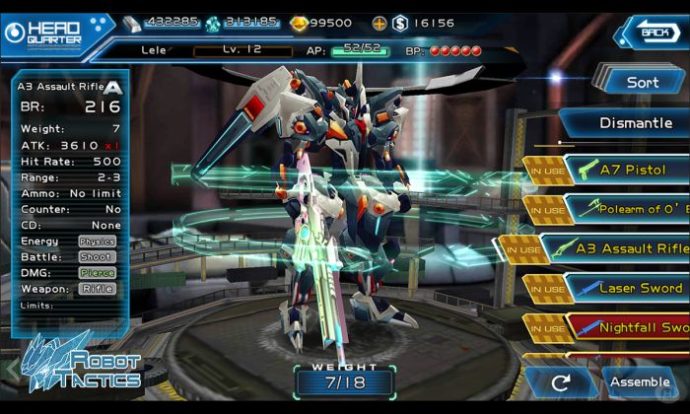 Because you’re the leader of the Vera Mercenaries, you’re in command of a whole squad of mechs, rather than just one. The means you need to think about formations and other tactical factors, making Robot Tactics a strategic challenge. It’s basically a war-chess game with robots.

Robot Tactics covers a lot of bases. It contains both RPG and strategy game elements, uses 2D and 3D graphics, and lets you fight in big and small confrontations.

But, perhaps most intriguingly, it thrusts you into a world where magic and sci-fi robotics both exist. We think there’s a huge amount of potential in the clash between these fictional forces.

You can check it out for yourself by downloading Robot Tactics for free right now on Google Play and the App Store.