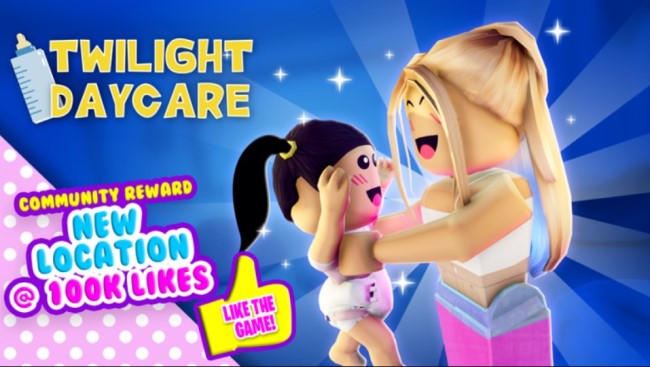 Twilight Daycare is a role-playing game (RPG) on Roblox platform, created by Nighty Studio. Released on March 12th and as of today, Twilight Daycare has over 129 million visits.

You can take upon the role of a baby caretaker or become a baby in the daycare to enjoy the love and fun. More roles, toys and activities are scheduled to come in the future.

Twilight Daycare Codes do NOT exist! Here’s why

When are there going to be codes for Twilight Daycare?

Developers on Roblox usually release new game codes through their social media and other platforms. You can join the game’s official Discord server to stay up to date. Of course you can always check back on this page as we will make a list of active codes as soon as they been released.