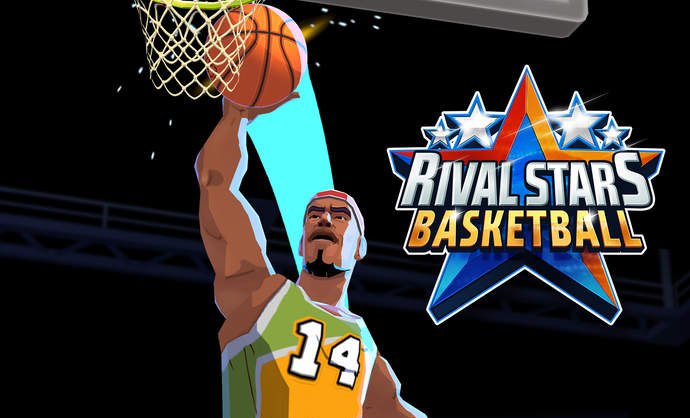 Rival Stars Basketball is a brand new collectible card game that brings basketball fans and everyone else who just wants to play a nice game some high quality features and mechanics. We are not here to praise the game, though: instead, we will share with you some Rival Stars Basketball cheats and tips that will hopefully help you win all games, from the single player championships to all tournaments out there.

So let’s not waste a single second and let’s get to business with Touch Tap Play’s Rival Stars Basketball tips and tricks!

1. Level your cards up
The most important thing for you to do is to have cards that are maxed out to increase your chances of winning all games. I would suggest to start with your strongest card after your star one, because it already has good stats. This is how I do it: I play two games and get (ideally) 4 cards. I edit the lineup and choose the ones with the best stats as starters, then level up my top card after the superstar with the 4 cards. Keep on doing this and pretty soon you will have a really solid squad, but remember to rotate and try to remember starting skills because you will get better players constantly!

2. Watch Videos for Gold
The gold coins are the premium currency of the game and it’s pretty difficult to get them for free. But you can get 3 for watching a video every now and then, and make sure you do so every time you have a chance because Gold is useful for replaying Power Plays and getting new top cards.

3. Focus on Tournaments
Winning the tournaments should be your top priority because you get the chance to score some super rare cards and you also get all the regular rewards plus those hands that can be used to purchase even more cards. Make tournaments your main priority and only play the regular season games when you have some energy to spare.

4. You can select your rivals
When in tournaments, you have four rivals to choose from and play against. After challenging them, you can see their cards, though and if they are way better than yours, you can go back and challenge another. You should always do this and challenge the person you are sure you’ll beat because otherwise you are just wasting energy.

5. Master the power plays
Power plays are very important during matches as they can give you a huge advantage in the game or completely put you behind. They also require you to pay attention to what’s happening there and make the best choices. When it comes to passing the ball, swiping in the right direction matters (if you swipe randomly on the screen, you will either pass to the opponent or your teammate won’t catch the ball). I also believe that the way you swipe when taking a shot matters, so always try to throw the ball correctly. Finally, be ready to act quick when it comes to stealing the balls from the opposing players or dunking the ball. The power-plays are extremely important and winning them won’t only give you a big advantage in the game, but also reward you with an extra card.

6. Passing is better than shooting
Adding to the tips above regarding power-plays, I found out that it’s usually a better choice to pass the ball when you have to choose between passing or shooting. Pass until your only option is to shoot – that’s when you have the most chances to win the power play.

7. How to choose the players during in-game events
When you have a player clash during the matches, you should always go for the sure win. During a rival clash, simply check out the stats of all players and use the first one that beats your opponent (not your best card, which can be used later if you can save it now). If more chances are that you will lose the clash, simply choose the weakest card in your deck to increase your chances of winning future clashes.

8. Grind on single player games
If you reach a point when you can’t win more tournament games because all your possible opponents are too strong or single player games for the same reasons, replay previous single player matches and win over and over again to gain extra cards to level up your existing deck. As soon as you have maxed out your cards, try again with the added value and you will most likely win.

9. How to evolve a card
If you really want to have a card reach its potential and scare all the opposing players, you must evolve it. You can only evolve silver and above players in Rival Stars Basketball, and in order to do so you first need to level up to the maximum level the card that you want to evolve. Then, you need 100,000 silver coins and an Evo card (you win them from Tournament games normally) and you have your evolution ready! The rarity of the player decides how many times you can evolve a card.

If you have any other Rival Stars Basketball tips and cheats, don’t hesitate to share them with us below!