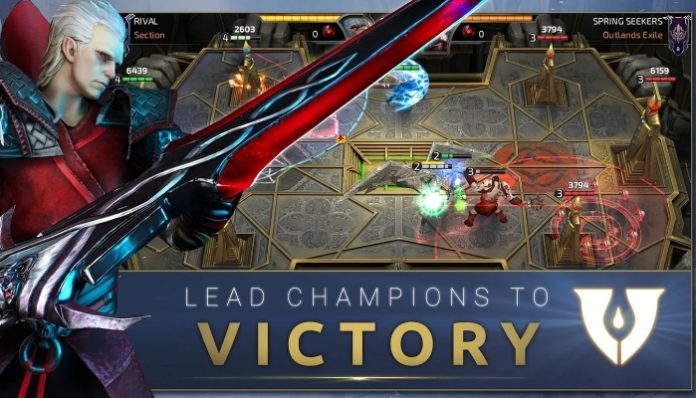 The world of Kel is blanketed in a shroud of chaos once again, and now it’s your time to pick a side. Fight for the Crimson right or join the chaos? RIVAL: Crimson x Chaos brings PvP two-lane arena action with a hint of CCG and MOBA elements. Whew, that’s a lot of genres!

A typical match in RIVAL plays out just like a match of a game, say, Clash Royale. Both players will send units down one of the lanes in order to destroy each others’ bases. The units are chosen from your deck and knowing where and when to place them is the key to victory!

A new mechanic that RIVAL introduces to the PvP arena genre are leader units. You can assign a leader champions to your deck and this will grant you special active and passive skills to your entire team. Just this small little feature will change up deck composition and possible strategies; the possibilities are endless!

Aside from that though, RIVAL stick to the tried-and-true formula that Clash Royale popularized ages ago. Battle other players online from around the world in real-time PvP and climb the leaderboards!

And of course, if you’re feeling social, RIVAL features guilds that you can join to team up with groups of players. Chat, trade strategies, have friendly practice battles and more with the robust guild system.