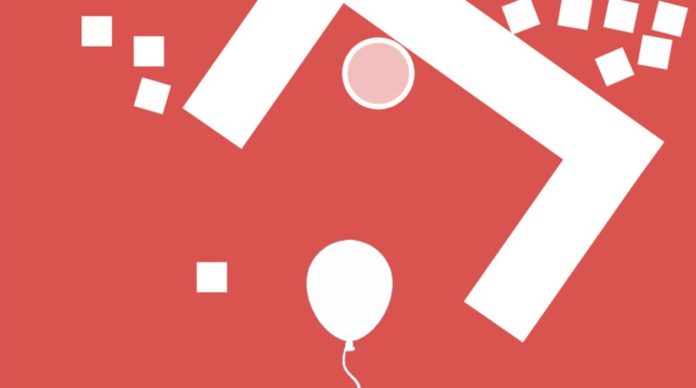 Rise Up is that type of game for iOS and Android that grows on you the more you try to ignore it. Difficult and frustrating like Flappy Bird was back in the days, it comes with a huge challenge: keep the balloon or balloons alive for as long as possible. And this is almost impossible, with all sorts of sharp objects thrown around. But yet it remains, for some reason, fun. Frustratingly fun, if that’s a thing.

And today we’re going to try and find out more about how to play the game and how to get a better high score. Our Rise Up game cheats and tips will help you achieve that, or at least guide you in the right direction, because there’s not really too much strategy involved in playing this one.

It’s mostly up to you, but for everything else, we’re here to help. So let’s not waste a single second and let’s check out some Rise Up tips and tricks to get a better high score and beat those challenges. Or at least manage not to smash our phone in frustration.

The curling expert
There are some moments when playing this game that I feel like those athletes playing curling. I always considered that a pretty boring game, but not anymore. Not after quickly swiping my finger on the display to keep obstacles away!

Because basically this is the strategy that works best: swipe like crazy, rubbing the screen and hope for the best. Or something like that…

Another thing that works really well in most cases (but not all) is to do the crazy swiping towards the top of the screen. The top third of your display is your best friend and the place to do all the crazy swiping as it usually gives you an extra fraction of a second to try saving your balloon if something goes wrong and if not, it keeps everything away.

Learn how each obstacle works
I think it would’ve been an incredibly difficult game even with a single obstacle type, but there are a ton of them. Some are easier to avoid than others and you have to pay attention to how each works and how to deal with them. 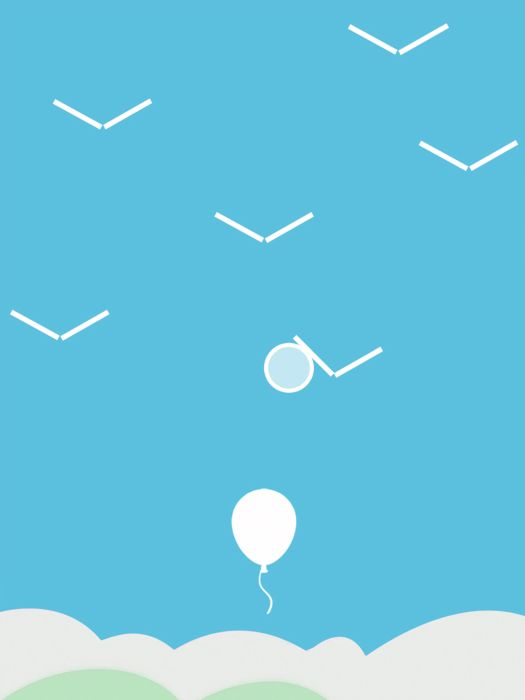 The most difficult are, in my opinion, those in the tunnels where you can’t send them to the sides easily and there are just openings here and there.

In all cases, it’s best to try and get rid of the obstacles – to the sides. However, sometimes that won’t be easy and you will have to also aim your swiping to launch the things that try to harm your balloon in the right direction at the right time. We know that this is impossible to do, but maybe with a lot of practice, there will be people who will manage to do it.

Watch ads to keep going
When you’re on a good run (like getting past level 1), the game gives you the chance to watch an ad to keep on going. This doesn’t change the obstacles you’re facing, nor makes you invincible or anything. It’s just and extra chance.

You should take this if you are dealing with easier obstacles, but if it’s something that you usually have a really hard time with, it might be best to save those seconds of your life and start over instead of watching a video ad. And hope for the best.

The Rise Up Game Challenges
As if this difficult mobile game wasn’t difficult enough, the developers have also thrown challenges in the mix. These are separate from the main mode and they have two major advantages: they are somewhat short and they always throw the same obstacles at you.

That last thing is a huge bonus because knowing what to expect gives you the advantage and you will eventually be able to beat the challenges by simply playing them over and over again, learning how to deal with each type of obstacle and making it happen. Eventually.

My recommendation is to actually start with the challenges and move forward to the main game mode after completing at least a few as you will get accustomed with how many of the potential obstacles work in the game.

Don’t move!
The first time I hit level 3 was that time when I decided not to do anything. It proved to be an interesting strategy, as the first set of squares you meet turned into something like a ram, destroying all the other obstacles in the way and acting as an umbrella/cover for my balloon: 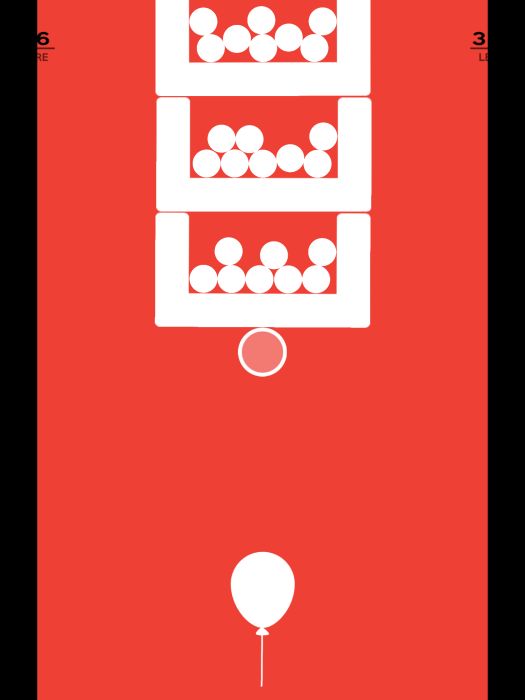 Of course, this doesn’t always work – especially when you’re dealing with those annoying moving obstacles, but it’s a good thing to try out first and then adapt if there’s a need to.

Play on a smartphone, not tablet
If you have the option to choose, always go for the smaller screen of the smartphone instead of a large tablet display. It’s easier to swipe and keep everything under control on a smaller screen than on a larger one.

Take short breaks
You will eventually get really frustrated and angry after failing over and over again. When you get to that point, you will play worse and worse, making everything even more complicated than it already is.

This is why you should take short (or longer) breaks every now and then – maybe every 10 minutes or so. This will help you calm down a little bit and you will play a much better game when you restart.

As I said, there’s unfortunately not a lot we can help you with in terms of strategy for Rise Up, but even a short break from the game – the time required to read this article – will be beneficial as you manage to calm down a bit, rest your eyes and get ready for some more fun frustration.

If you have additional Rise Up tips and tricks to share with us, don’t hesitate to do so by commenting below. If not, you can at least brag with your Rise Up high score – it’s allowed as long as it’s yours!