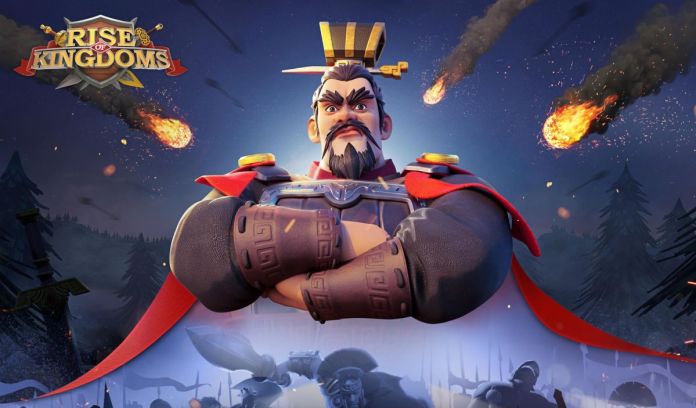 Don’t forget – part of your success is choosing the best civilization to lead to victory, and we’ve already talked about that. But there’s a lot more work than simply choosing the best nation – and we’re going to cover all that in today’s article.

So let’s not waste a single second and instead let’s check out our complete strategy guide, filled with Rise of Kingdoms tips and tricks below!

This is, in my opinion, the most important thing in the game. If you are part of an active, high quality alliance, then everything in the game will be a lot better for you. From progressing faster to getting help with your buildings and everything else – it will all just be there.

So don’t hesitate to invest some time into finding that perfect alliance with active members that are close together on the map. This is, as I already said, the most important part of the game which can really make a difference.

Focus on completing the missions

There are a ton of missions that you will be tasked to complete – from the regular campaign missions to the daily missions and special objectives.

My recommendation is to focus on completing the daily missions each day in order to unlock the chests with great rewards associated to them. Going through the regular campaign missions also ensures that you progress through the game at the recommended pace, but don’t bother with them too much. You will automatically complete them as you play the game – so just enjoy the rewards!

Level up all buildings before the HQ upgrade

My recommendations is to level up all the buildings in your empire to the maximum level before getting a new Headquarters upgrade, which allows you to build more buildings and level up the existing ones even further.

This is, in my opinion, the best approach as it keeps everything balanced and upgrade times in the same range.

The more troops you have trained, the better. So make sure that you are constantly doing this. Log in often to collect your trained troops and start a new batch, even if you don’t have time to do anything else.

But the golden rule of thumb is this: always work on increasing your troop numbers in order to get to the point where you’ll be able to safely send more than one general do some heavy battles for you.

And, of course, the more troops you have, the easier it is for you to defend against incoming attacks.

PvE is your best friend, especially early on

Barbarians, for instance, are a great and easy way to farm boosts and other goodies and they usually spawn right next to your location and do so constantly. Make sure to return the favor and constantly attack them – the highest level you can afford attacking without recording any substantial losses.

After dealing with the barbarians, you can safely send your armies to gather resources. This is where you can divide your army in two or more smaller armies in order to get a varied return of crops. But remember that these armies are exposed to potential enemy attacks – so only do this if you really need the resources.

But overall, attacking the environment items like the barbarians and farms is the best way to get resources without risking to upset anyone. Eventually, you will have to find nearby empires to farm and these will become more profitable in the long run – but until you get there, take advantage of the easy loot laying around.

Keep an eye on your items

As you play the game, you automatically collect tons of items – especially very early in the game. Make sure to constantly check them out as they will be useful eventually.

Don’t rush to use them, either: in most cases, all items that don’t turn into other items are better kept for using later on in the game: resource boosts, extra resources and even activating new units or XP for your generals… these will all become useful when you will actually lack the said resources or when you find that awesome general that you want to level up fast.

Get more than one amazing commander

Although you start with one general based on the nation you have chosen to be your starting one, very soon you will have a lot on your hands and it’s a good idea to work on leveling up more than just one since eventually you will need them.

Some commanders are better than others in different areas – while some focus more on attack, others are better used when defending your empire or when gathering resources. This is exactly the reason why you should try to level up more and have at least one for each occasion.

Don’t start doing this too early, though: you should still focus on getting your top general to the highest possible level, and only afterwards start sending others into battle or level them up using XP boosts from your inventory.

Skill up your commanders based on their powers

As I was saying above, the generals have different specializations (although they’re not highlighted in the game). Some give you boosts to gathering resources, other to defense and others are more suitable to attack.

Therefore, it’s important to assign skill points based on their existing powers, in order to make them experts in their field.

For example, when it comes to more offensive generals, you should invest in skills that further boost the attack of your units. Gatherers are better at receiving Action Points cost reduction (since they won’t really need other boosts), while the generals that you plan to use for defending your empire could obviously focus on defensive skills.

However, I believe that a good offense is better than a good defense – so I usually invest in attack boosts for both offensive and defensive generals and it doesn’t seem to be a big problem so far.

Another thing that you should constantly do is invest in research. This is, in my opinion, a bit more difficult to max out early on, so focus on the army upgrades because you need those early boosts, even though they seem small.

On the other hand, if you are active with your scouts, you will receive a lot of technology boosts from nearby villages that you find and I never received a boost in army-related researches. Another reason to focus on those yourself and get some extra boosts to your empire tech later or from villages.

Teleport within your alliance territory

Being part of an active, super-duper alliance means nothing if you’re not close to your colleagues in order to plan out attacks, receive troops and get a sense of security.

So after you’re sure that you have found the best alliance you can be a part of, teleport in the area and enjoy the added benefits!

It’s a bit annoying and easy to forget about them, but scouts play an important role in the game, especially extremely early on when they will not only reveal the entire map around you, with all the goodies it hides, but also give you villages that are willing to help with technology, resources or troops.

Therefore, it’s extremely important to scout as much as possible in order to max out the rewards. Plus, there are some missions and events that focus on this and increase the rewards output even further!

These would be, for now, all our Rise of Kingdoms tips and tricks to help you get better at this game. If you have additional strategies to share with fellow player, don’t hesitate to let us all know by commenting below.