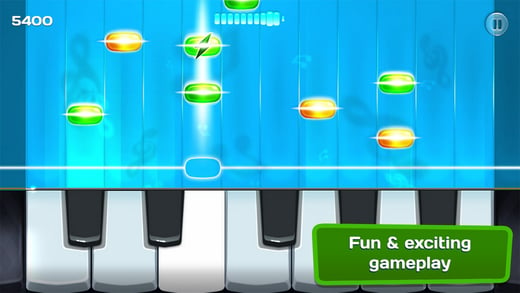 Rhythm games have enjoyed great popularity in the past years. This popularity has been well deserved, thanks to some really nice titles like Guitar Hero and Rockband. Unfortunately the too many releases have created some fatigue for the genre, with the latest games of the genre released on consoles not becoming as successful as earlier ones.

Piano City, developed by Room 8, is a traditional rhythm game in every sense of the word. Gamers will have to play several different songs by touching the piano on screen depending on where the note appear, just like in several other rhythm games. Among the included songs are tracks by Kiss, Lady Gaga and others. It’s a really simple but fun experience that’s just perfect to be played on the go for a few minutes.

Piano City is now available for download on the App Store, only as a soft launch title in Russia.