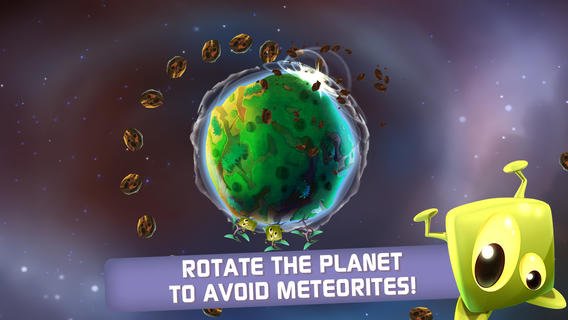 Revolve – winner of this year’s Great British Game Jam, has just been released on the App Store, so now’s the best time to learn the cheats, tips & tricks you need to climb your way to the top of the leaderboards.

It’s not going to be easy; (R)evolve is basically Super Hexagon given a makeover with lots of cute green aliens. This game isn’t just hard, it’s Battle Toads hard, so you’re going to need some cheats, tips & tricks to get the most out of it, and we’re here to help!

The game definitely involves some luck. Different asteroid patterns are easier to deal with, so when you get a bunch of tough combos in a row, it’s going to be a lot harder to survive. That said, learning the best way to deal with the various patterns and combinations of asteroids the game throws at you will help a lot.

2. Plant your seeds close together

This might seem like a no-brainer, but it actually takes some skill and experimentation to learn just how close you can get your seeds together. The smaller the area you have to worry about, the easier it’ll be to keep a lot of plants and aliens running around to boost your score.

This is less obvious, but because after three waves a plant will get a cannon attached to it, it’s good to keep your oldest saplings in the middle of the pack. That way if you clip an asteroid belt and lose one of your new trees, you won’t be set back as far.

Just because you’ve survived on asteroid belt doesn’t mean you’re ideally situated to take on the next. The easiest way to make sure you won’t have to scramble (and risk overshooting) is to move only as far as you need to get all your flora and fauna to safety. Asteroid belts rarely hit the same area in a row, so being close to the edge of the last impact means you’re that much closer to the next safe zone.

5. If possible, face the sides of the screen

This makes sense if you think about it. Your screen is a rectangle, so if you start facing the top you won’t have as much time to react if an asteroid belt comes straight at you. Facing the sides means you don’t have to panic if asteroids come your way; you’ll have plenty of time to move.

6. Target your cannons at the edge of belts

7. Cannons are better against big asteroids

This works well for a few reasons. First, big asteroids are usually on the end of a belt, so it’s just adding to your safe zone. Second, one of the most dangerous combos in the game sends a belt of three large asteroids at you, followed by a belt of small asteroids that wraps around the entire safe zone. If you can hit two of the big ones  you don’t have to go as far under the second belt to survive.

One of the lesser-known features of the iPhone is that if you double-tap the home button on the bottom of your phone, it brings up all your recently opened apps. Okay, so most people know about that, but did you know that swiping up on the screenshot of the app will clear it out of memory? If you’ve got an older iPhone model like the iPhone 4, this is really important. You don’t have that much memory, and Revolve isn’t the most efficient piece of code. Any lag whatsoever will kill you. You might even consider using airplane mode to get rid of some of the ads, but be warned that’ll keep you off the leaderboards and stop you earning any achievements. 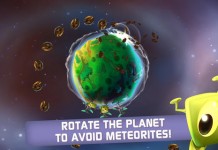