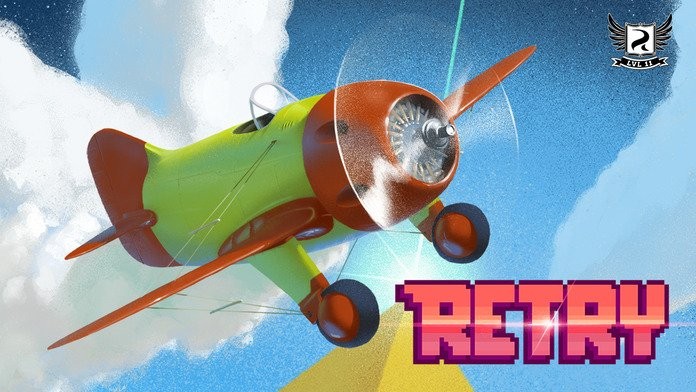 Rovio has decided to enter the “impossible game” scene with Retry, a game that puts you in charge of controlling an airplane – one that’s not the safest, most secure plane in the world. In other words, just like the title suggests, you will retry each level a ton of times and to help you reduce that number to the minimum, we’re here with some Retry cheats and tips that will hopefully help you perfect your strategy and win all stages with three star ratings. Although nothing is guaranteed.

But let’s not waste any time and let’s check out the Retry game cheats and tips below!

Tap vs. tap & hold
Controlling the airplane is, in theory, extremely easy, but mastering that is almost impossible. Rhythmic taps will keep your plane going in an almost straight line, while holding your finger on the display will help it gain height. However, it’s the holding mechanic that you have to master, because if you hold the finger for too long on the display, your plane will go into a loop and usually that means game over. So try to keep your plane at a safe angle by tapping in a rhythm you find suitable for each stage.

Replay
Well, I didn’t want to say “Retry,” but it’s the same thing, eventually. Replay each stage over and over again until you know exactly what obstacles you will be facing. Ideally, you should complete each level without unlocking any checkpoints, but that requires a ton of skill and… retries!

Collect all coins
There are multiple coins to collect in each level and unlocking a checkpoint requires you to spend one coin. Therefore, it’s a good idea to collect all coins in each stage and use as few as possible on the said checkpoints. Have in mind that if you collect a coin and you crash, the coin is removed. So you have to collect all the coins AND complete the level (or land on a checkpoint) for the coin(s) to be saved in your inventory!

Watch ads for checkpoint saves
There is the option in the Retry game to watch an ad and unlock a checkpoint. Although this is clearly a feature you should take advantage of, have in mind that the number of ads that you can watch is not unlimited and it’s best to save them for the really difficult stages. My advice: never unlock a checkpoint until you have played the same stage at least 3-4 times.

Water is your friend
There are few areas in the game where you can land safely and water is one of them: whenever you see that, if you want to, you can allow your plane to fall face-first into the water. Nothing will happen and you will be allowed to continue your run without restarting. This is extremely useful to know and use in the stages where you have water.

In the end, it’s all about practicing over and over again, finding the best routes and trying until you finally manage to make it to the end. With a bit of skill, some luck, and having in mind our Retry tips and tricks, you will surely complete all the levels faster than anybody. Good luck! 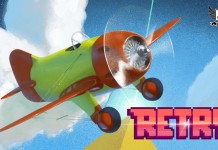