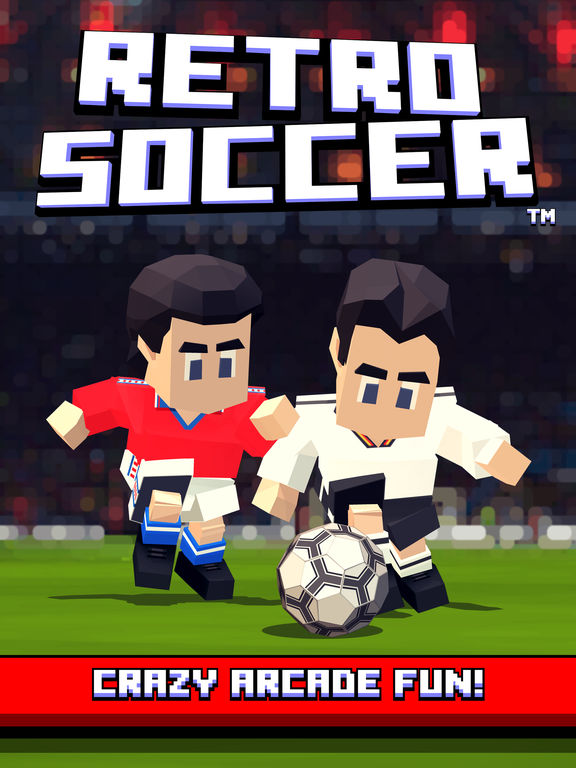 Take on the world with your ultimate soccer team in Retro Soccer! Retro Soccer is a arcade soccer experience with simple touch controls and easy to pick up and play matches. Build your own team of players with player cards and challenge teams from across the globe. You’ll even get to relive classic soccer matches from real life! Take on the league with the help of our Retro Soccer cheats, tips and tricks strategy guide!

So what are you waiting for? Let’s get right to the matches with our Retro Soccer tips and tricks guide!

1. Watch for the exclamation marks!

When you’ve got the ball and you’re dribbling it around, keep an eye out for opposing players. When they get close to you and are ready to steal the ball, you’ll see a white exclamation mark appear over your head. You got to act fast, otherwise they’ll snag the ball from you! You can either try to juke them (which isn’t successful most of the time) or pass the ball to a teammate. Passing the ball is much more reliable and will throw off your opponent. Remember that you can do two types of pass – a running pass or a direct pass. Running passes are done by holding down your taps.

Each level has three stars for you to earn. To earn a star you’ll need to complete a specific objective, but you will always be guaranteed the first star as long as you complete the level. The first star on each level is simply win the match. The other two however sometimes require you to go out of your way to get them. Either way, you should always try to get the stars. Each star is worth 10 coins at the end of the level, so you can get a total of 30 coins per match.

For the first couple of matches of Victory Road you should be able to get by with well placed shots. Eventually though the goalies will get harder to break through, so you’ll need to mix up your game! Try out curved shots! After you’ve kicked a ball, tap either the right or left sides of the screen and your shot will curve in that direction. You can utilize these to trip up goalies. It’s really satisfying to land one of these shots!

By swiping on the screen when you don’t have the ball, your player will do a slide tackle. If you hit the opponent player who has the ball you’ll steal it from right under them! These are your best bet when trying to take the ball as they almost never fail. When the away team is doing a goal kick, you can even set yourself up for an easy steal as you’ll see exactly which player the ball is going to. Just be careful! If you slide tackle a player who hasn’t touched the ball yet, you’ll receive a yellow card penalty.

5. Get the player packs first!

When you complete the tutorial and receive your first free player pack, you’ll only be able to fill out about 25% of your team loadout. We recommend saving up your coins to buy more player packs as they’re available before you start upgrading your existing players. It’s a little more important to have a full team than to have a small team with improved stats.

Retro Soccer is entirely dependent on the one-touch controls. Every single action you can perform is done with some of altered touch. It is very important that you don’t tap too much or too fast, otherwise you might accidentally shoot the ball off somewhere you didn’t want to! When the ball is getting kicked around, it’s best to wait half a second after the ball has landed. Your controlled player won’t switch automatically right away, so if you tap before this you might input some weird commands.

That’s all for Retro Soccer. If you have any other tips or tricks for shooting goals, let us know in the comments below!