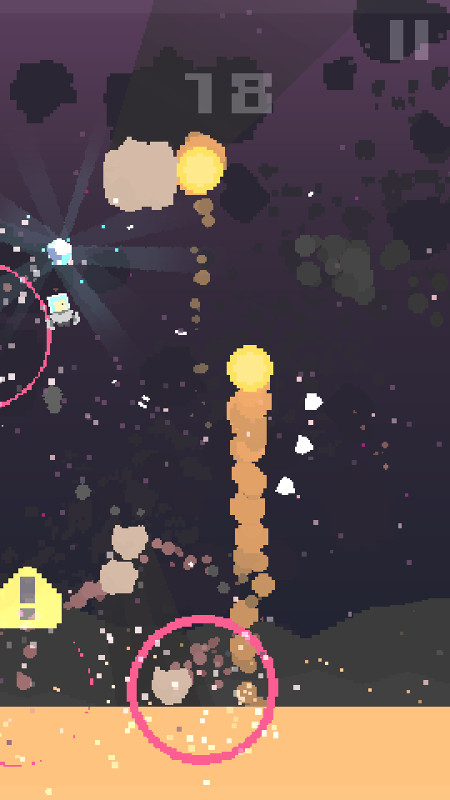 Retro styled games have been on the rise in the past few months and it looks like they’re not going anywhere anytime soon.

Another retro shooter game is going to be released latert this week, a game developed by Doragon Entertainment, the team behinf the Danmaku Unlimited games, among others.

Super Pixelander is a old school shooter game that incorporates some interesting features in its classic gameplay experience. During the game you will be controlling a spaceship that has to mine some strange glowing asteroids. Mining these asteroids isn’t only the main objective of your mission, but also a way to obtain some nice power-ups, as the ship’s weapons will change depending on the mined asteroid.

These twists in the classic shooter gameplay experience manage to make Super Pixelander not only a charming experience but also a really engaging one, as you won’y just have to shoot down enemies but also worry about obtaining some better equipment actively. The tilt and touch controls add another layer of originality to the game, allowing it to stand from the competition of many other old school games now available on the App Store.

Super Pixelander will launch on June 26th on the App Store as a free game. Luckily the game is not going to include IAPs but just the occasional ad that doesn’t get in the way as some IAPs do.