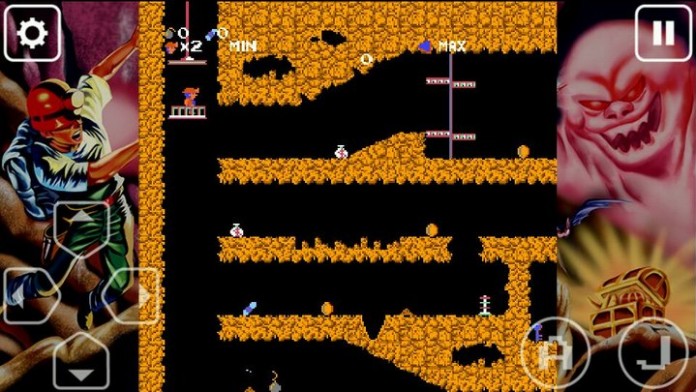 The popular yet insanely difficult 1980’s NES platformer Spelunker has gotten a mobile makeover and is now available on iOS devices as Everyday Spelunker.

The new iOS version, developed by Tozai Games, is a faithful recreation of the original console platformer, which was developed for Atari 8-bit computers by MicroGraphicImage way back in 1983 and later ported to the Nintendo Entertainment System in 1987. While the iOS version does include all of the familiar pains of the original such as a limited air supply, evil critters, and wandering ghosts, it also has a few new features to help adventurers along such as a new “rope assist” feature that helps make jumping from ropes to ledges a little easier as well as the option to have infinite continues.

The entire base game can be purchased via the iTunes app store for $3.99 and Tozai has even developed two entirely new standalone add-on packs, Episode 2: Deep into Another Mine and Episode 3: New Challenges, which are available for $0.99 each.