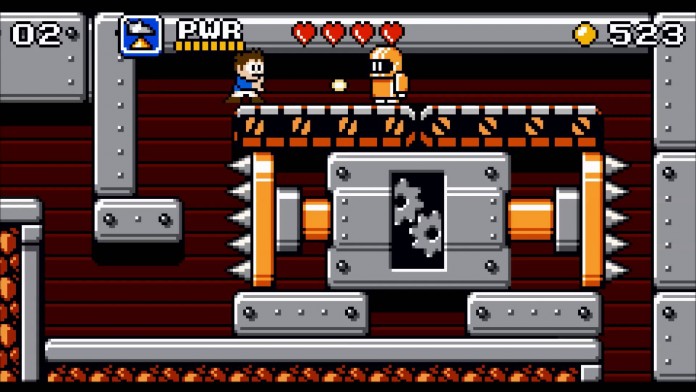 If you’re a fan of old school inspired platform games, there’s a good chance you have already heard about Venture Kid, a nice looking retro inspired platform game that’s been in development for some time for iOS. The game was supposed to be released last year on all formats but the year passed without the game getting launched, making most fear that it was cancelled for good. Thankfully the game is still alive and well and it will be released later this year.

Venture Kid has also received a brand new trailer recently, showcasing its old school inspired gameplay experience. The trailer has been released for Steam Greenlight, as the team is looking to release the game on the Valve’s digital store, but the iOS version won’t look or play any differently from the PC release. You can take a look at the new trailer by going at the end of this post.

Venture Kid seems to be the perfect game for all those who grew up with 8-bit platform games series such as Mega Man and other popular ones. The game won’t really be a revolutionary title but it will come with a solid gameplay experience than all gamers will surely enjoy.

Venture Kid will be released later this year on the App Store. The game has yet to receive a final release date but we will keep you updated on the matter as soon as more comes in on it so stay tuned for all the latest updates.