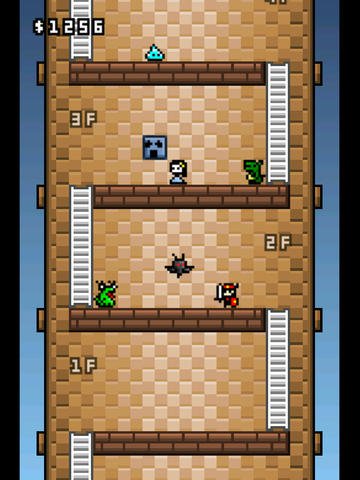 Another quirky game has been released on the App Store, a game which appeals to a broad range of gamers thanks to several features included in it.

8StepTower is a really unique game where you will have to climb a tower. Each floor of the tower only requires 8 steps to complete, but actually making them without dying is not easy at all.

8StepTower is controlled with taps. A single tap will allow you to move while quickly tapping twice will allow you to take out our sword to deal with enemies. Not all of them can be defeated, obviously, adding more excitement to the tower climbing endeavor. The floors are also filled with traps of any sort and it’s really easy to die, if you’re not careful and time your steps carefully. You’ll also have to take care in not letting the princess at the top of each fllor die because of you. Avoding traps with a really quick step is all well and good but causing innocents to die because of your recklesness is not a good thing.

The gameplay premise of 8StepTower may be simple on paper, but it’s a really engaging and challenging experience that can keep you busy for a really long time if you like this type of game.

8StepTower is now available for download on the App Store.