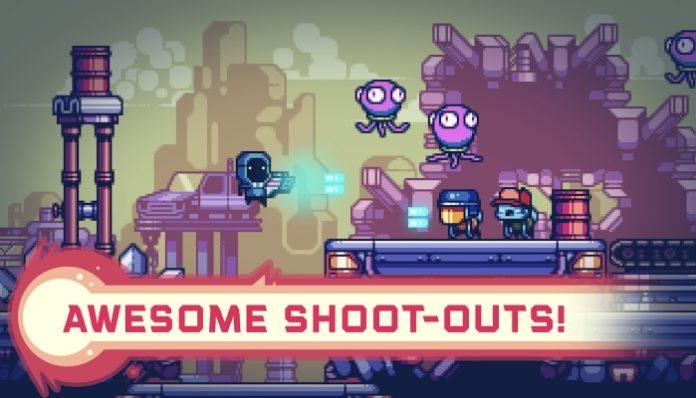 In the distant future, a mysterious meteorite hits Earth. Soon after, a strange virus began to seep out of the meteorite, infecting all of those in the proximity. The infection rate grew and grew until almost the entire population of Earth was infected.

To combat this doomsday situation, General “Vaccinez” formed an elite squadron of soldiers known as the Cure Hunters to find a potential cure to the deadly outbreak. Players will step into the shoes of Dr. Dellton, one of the new recruits. He has just entered an infected area, and he’s going to need all the help he can get…

Cure Hunters is retro themed run and gun platformer featuring awesome pixel art graphics and a rocking soundtrack that sounds straight out of old 90’s consoles and arcade games. If you are an older fan of arcade action classics like Metal Slug and Contra, Cure Hunters will be right up your alley!

In this fast-paced action platformer, you will guide Dr. Dellton and the rest of the Cure Hunters through infected zones, battling all sort of monsters. You start with basic pea shooters, but you can find new guns in the field, each with their own unique abilities.

Cure Hunters will officially launch on March 21, 2019 on the App Store and Google Play Store. 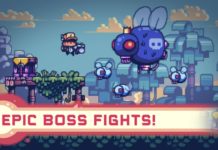