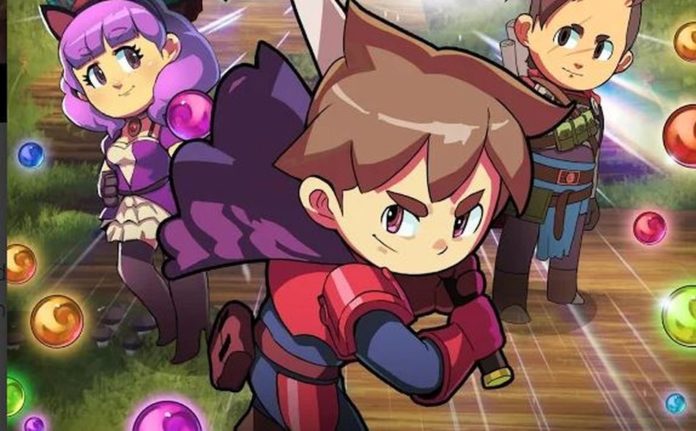 These Restless Raiders: Idle Adventure Game tips and cheats we will share with you in today’s article will help you get a better understanding of how this awesome idle game works, and how you can beat all the enemies (especially the bosses!) super fast and easy.

If you are like me and love a good idle game which isn’t 100% idle, and rather lets you enjoy the occasional tapping and sniping the boss, then this game will be perfect for you! I thoroughly enjoy the game, and not only for the cute character design, but also for the guild feature which isn’t that common among these games.

So, if you want to learn how to beat bosses fast and efficiently, then let’s dive right into the Restless Raiders tips and tricks!

Get through the stages fast

This would be the very first tip that I want to share with you, as this is the most important one for the early stages. You should try and get past stage 10 as fast as possible, since that’s when the actual game begins. 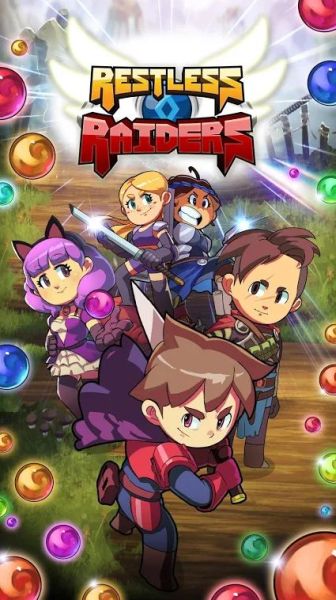 When you will start playing, you’ll be in the tutorial for a (what feels like) very long time, when in reality it all depends on you. You should tap the cannon balls and kill the monsters and bosses as fast as possible

I suggest doing this very quick for the early stages, as it is important that you get to level 10, then to level 25 (level or stage, same thing) as that’s when you will unlock all of the game’s features.

Get the Free PRO Subscription!

This is by far one of the best features that will help you pass levels and defeat the bosses fast. After completing the tutorial you will be able to claim this for free for 7 days. I suggest doing this as fast as possible, because it is really worth it. 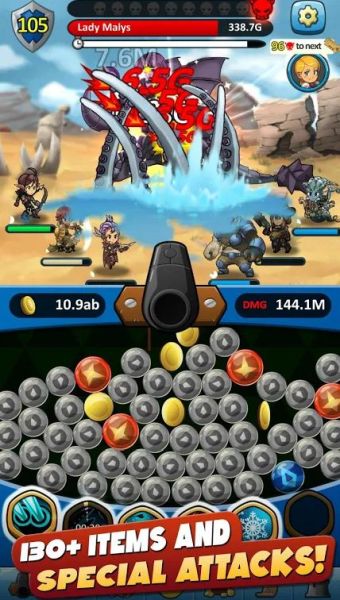 The Free PRO Subscription is free (obviously, as the name implies), which is amazing because it has some really cool features:

– You get to choose between +1 skills from the Roulette Choice

– You get 30% more Rebirth Orbs when you get rebirth

– You have Multi-touch enabled!

Now the last option, which lets you have multi touch enabled, is super useful as you can use more than 1 finger to tap on the screen to get those cannon balls. What I really like to do when it comes to this, is using all fingers to quickly tap on the screen and refill it in just a second.

It’s really neat and super useful especially when you are dealing with a tougher boss (at higher level) which requires you to use skills as well. It’s especially great when you combine it with Orb Galore (the skill that drops multiple orbs continuously), because you can combo A LOT!

Pick up the flying chests

Once in a while you will notice a strange (but kinda cute) chest flying around on your screen. This might seem funny at start, but tap on it and you will be able to watch an ad and receive a random and amazing reward. 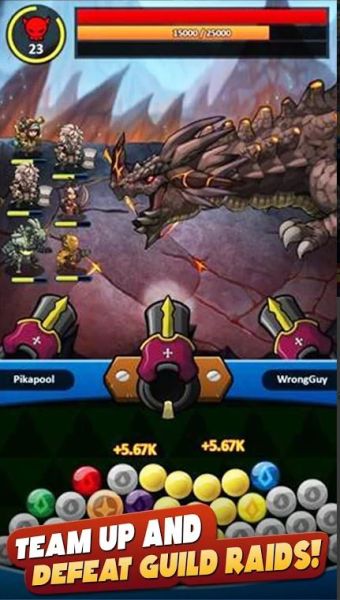 The rewards you get from this are really cool, and can be anything between 3 Dimensional Cubes, to Holy Chalices and Gems. It’s all a roulette, so it’s random, but no matter the reward, you will also receive Gold along with it, so it’s super good!

Always keep an eye on the screen every now and then because you don’t want to miss those! The rewards will come in handy a lot especially when you want to level up the heroes!

Do the Daily Dungeon

The Daily Dungeon is a really important part of your daily in (actual) game time, because it will give you one of the given rewards every day:

I suggest always taking the 3 free Entry Tickets on Saturday and Sunday, especially for the Holy Chalice & Dragon’s Heart because they are some of the best you could get. And c’mon, it’s free! So take advantage of it, and go right in!

Also, before you go, you will see the recommended damage in order to successfully pass it. I suggest rather than risking to fail and lose the pass with no reward, just go for the one that you qualify for. Even if it’s lower, at least you’re guaranteed to get something in return!

Sail on an expedition

Sounds unexpected, right? Well, it shouldn’t be, because it is really easy to gather rewards while not being in game and not having to do anything at all! You should just focus on the game while you set on the best expedition available and wait for the results. 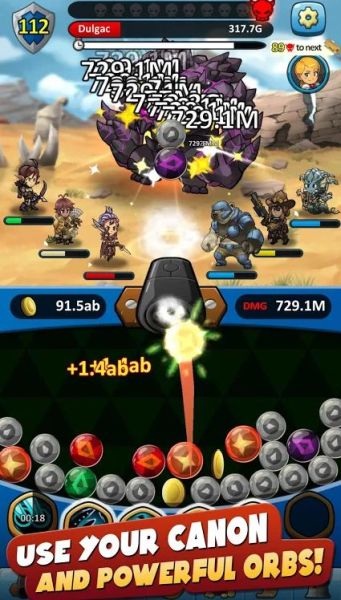 I suggest that you do this before going offline or going to sleep, so that you will have the tickets available the next day. Or if you plan on leveling up and increasing the stages, save the expedition tickets for after you’ve achieved the set goal.

The higher the stages you are at, the better! So make sure you don’t leave right after Rebirth, because it is not really worth it in my opinion. Of course, it’s your choice, so you pick what you like most!

Don’t always send all the orbs in the cannon

Well, for the later bosses which are super strong, you will need all the power you could get. That includes all the little grey orbs AND the color orbs (plus sometimes the skills as well).

So my suggestion here is to use the grey orbs just enough to make room on your screen for new orbs to fall down. It’s not easy to avoid them, so you need to be very careful where you cut. It’s kinda like that old game Fruit Ninja, where you had to avoid the bombs and slash the fruit. Try to do the same here, but with orbs!

After saving enough color orbs in a level, proceed to fighting the boss. This is a cool and sometimes difficult trick to pull off, because it requires precision and quite some thinking in advance. So practice with it, because it will pay off in the end! 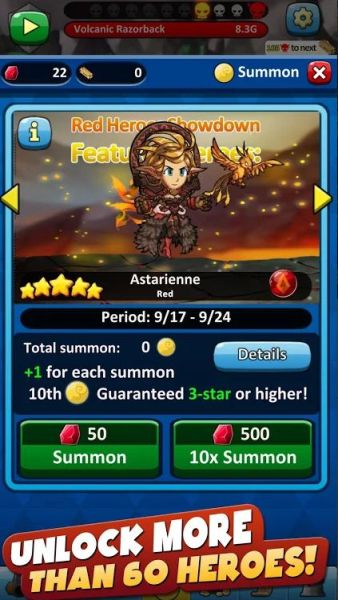 And here I don’t mean just the summon events, but especially the Mission Events! They are a really nice and easy source for Gems and other cool rewards (such as Holy Chalice, which you know you’ll need!) and they are quite easy to complete, really!

To access the Events, head on to the top right corner of your screen and tap on the cog (like a “settings” button). There, you will see the “Mission” tab. Tap and on and it’s going to open all your Missions: Daily, Achievements and Event.

Check them all out, but especially the Event ones. They are limited time only, but since they are easy to complete, it won’t require too much time invested, so make sure you complete these whenever possible.

This will be the easiest 5 star hero you will get, unless you have the luck of a thousand four leafed clovers! All you have to do is check in daily and receive the rewards, which are pretty cool by themselves, but especially on the seventh day, because that’s when you get Astarienne, a 5 star hero, for free!

I suggest always logging in to claim them, even if you don’t really plan on playing that particular day. That will ensure that you get the rewards and still qualify to get that 5 star hero as fast as possible.

Always check the Featured Summons & get the free daily summons!

Every day you will be granted a free summon, so make sure you take advantage of it to broaden your collection of goodies. 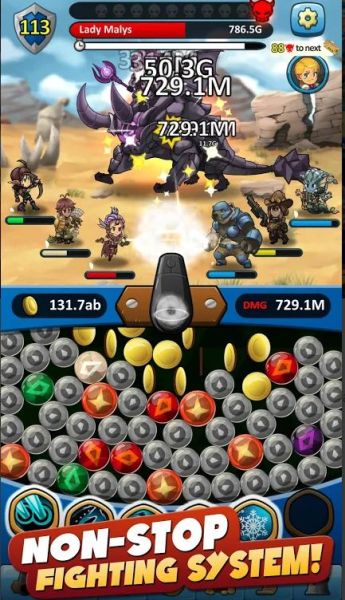 The Featured Summon is one of the easiest ways to get that featured hero. It will require either summon ticket or Gems, so make sure you save the gems for when you spot your favorite hero.

A single summon will cost 50 Gems, while 10 summons cost 500 Gems. I suggest always saving for the 10 summons, as it will be the best game-wise. Every time that you summon during an event, you will add a point towards the Total Summon count, which will eventually give you a guaranteed high star hero!

So be patient, and save those Gems because it’s really worth it!

Can’t beat a boss? We know the answer!

Once you reach a tough level, it will get so difficult, that all the spells and orbs can not save you. It’s real, and it’s sad, but it happens. In such situations, if you have done what we suggested above with the gems, and still hasn’t helped you, it’s time for Plan B.

Head on to the first tab, the Cannon tab, and click Rebirth. When you do this, you will get many Rebirth Orbs which then you can use to further enhance your team and hopefully progress further. But make sure you’ve reached a high enough level and deployed the Expedition ship before doing so, because it will reset your level! 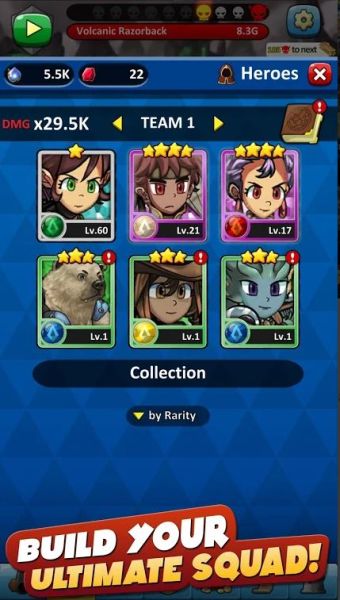 Last but not least, comes the Guild! This feature isn’t present in many games, but it is amazing. It will let you interact with people all over the world, and share tips and tricks about the game with them as well!

There are also some cool guild perks, such as the Guild Raid, which lets you fight a really powerful boss for good rewards such as Soul Stones, Dragon’s Hearts and Holy Chalices, so join in a good and active guild and get all the extra benefits from it!

These would be all of our Restless Raiders tips and tricks that we have for you right now! If you know some other cool tips or suggestions, leave them down in the comments below for all the players to learn them!