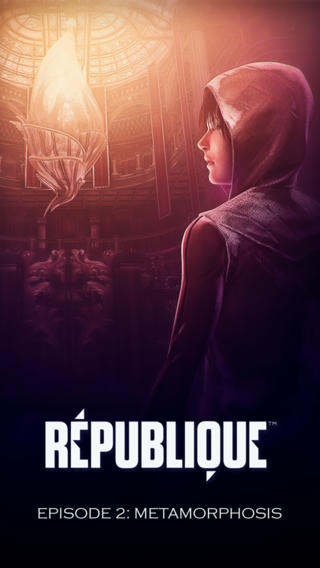 Republique, the stealth adventure game published by Camouflaj now available on the App Store, has been released a while back in all regions, with its second and third episode also having been made available in the past few months. If you wanted to try out the game but didn’t manage to do so, you may want to take advantage of a new deal offering the first episode for a reduced price.

Starting today, Republique is available for purchase for only $1.99 and it will be so for the whole weekend. The second and third episode unfortunately haven’t been discounted but their high quality makes them well worth their full price.

While there are no news on when the next Republique episode will be released, things are apparently moving. A few days ago it’s been confirmed that GungHo Online, the team behind the incredibly popular Puzzle & Dragons, is going to publish the next two episodes of the game. This agreement allows the team to focus solely on the development of the game so we will most likely hear more about the next episode soon.

The last episode of Republique, Episode Three: Ones & Zeros is the biggest episode of the series, lasting over 3 hours. The episode also includes a new puzzle called The Morning Bell Online edition, new abilities, new Prizrak Variations and more. If you have loved the previous two episodes of the game, you will definitely love the third one as well.

Republique is now available for purchase on the App Store.