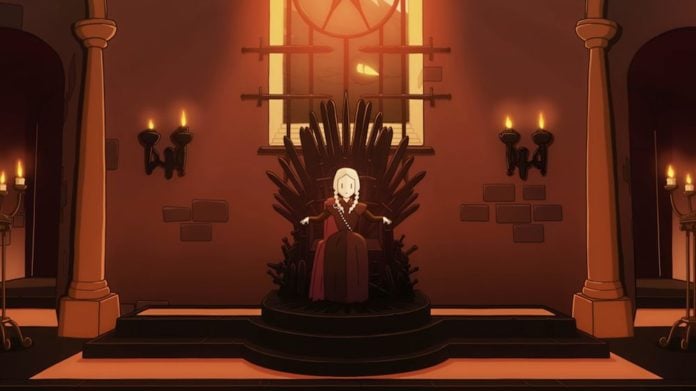 Game of Thrones, the successful HBO TV Show based on the novels written by George R.R. Martin, may have taken a year off, but that doesn’t mean that Westeros has faded into obscurity. From today, iOS players have the chance to alter the course of the continent’s history with Reigns: Game of Thrones.

In Reigns: Game of Thrones, players are able to control some of the most beloved characters of the series like Jon Snow, Cersei Lannister, and Daenerys Targaryen and bring one of them on the Iron Throne.

To be successful in Reigns: Game of Thrones, players will have to use various tactics to outwit political rivals and gain the trust and love of not only their bannermen but also people. 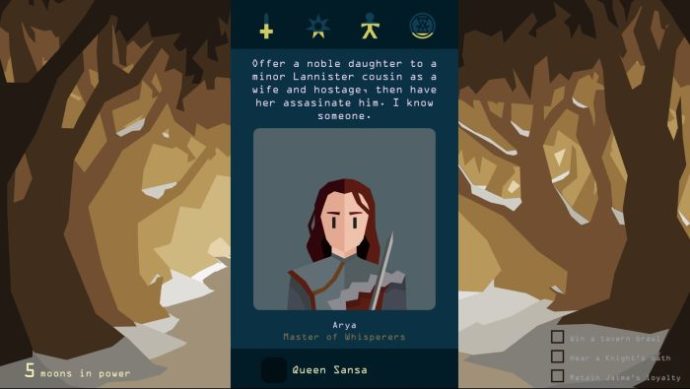 Reigns: Game of Thrones gameplay is quite simple, as players only have to swipe the screen in order to make decisions that will influence a variety of stats. Thanks to the writing, and the fact that players will be taking an active part in the conflict for the Iron Throne, Reigns: Game of Thrones will manage to feel fresh swipe after swipe.

The Reigns: Game of Thrones experience is also improved by the presentation, which features the series’ iconic characters and locations in the typical Reigns design, and the soundtrack, lifted from the HBO show.

Reigns: Game of Thrones is now available on the App Store and Google Play Store for the price of $3.99