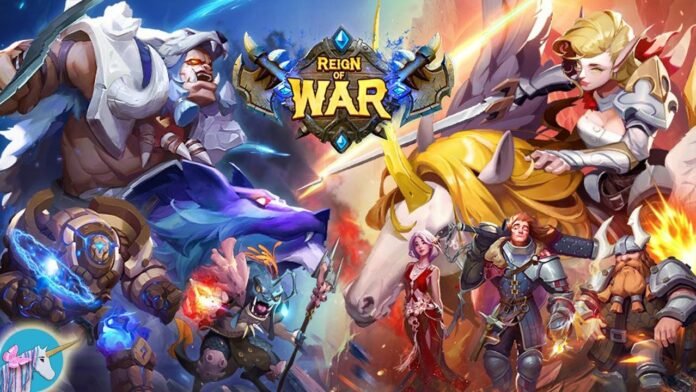 Reign of War is a mobile strategy game that features four races, around forty heroes, unique chessboard gameplay, real-time battles, creating strongholds, a hero system and much more. It is a fun game where heroes, resources and items matter, and with that, we have players who are in constant search of Reign of War cheat codes.

Unfortunately, Reign of War is a relatively new game that is yet to become a popular title. And, as we know, most of the time, the APK Mod community is more focused on mobile games that garner a large community. In that regard, it is highly unlikely that the Reign of War will get cheat codes or Mod APKs anytime soon.

Normally, when we talk about cheat codes, we do not refer to redeem codes. Cheat codes are something that is mostly used in Mod versions of any mobile game. There are some cases where the game does feature a cheat code function where players can enter certain codes to get god mode or other similar kinds of advantage. But, Reign of War doesn’t offer any such feature(at least for now).

We will update this section – if any cheat codes are being made available for Reign of War in the near future.

Kelaria was once ruled by a race of High Elves for thousands of years, when suddenly, it was struck by a giant meteor. To save their world, the High Elves unleashed a forbidden magic, but they were in turn imprisoned underground as Fallen Elves. Hundreds of years passed… The location is now guarded over by the Elves of the Gaia Tree, but the warlike Orcs wish to break this balance and release the Fallen Elves…

This time, you are a king of the humans, and you will choose among Orcs, Dwarves, Elves, and other Humans to forge an oath between the races. Train soldiers, learn ancient magic, and develop outstanding generals. Create a mighty alliance as you rebuild your kingdom. Summon unimaginably powerful creatures, such as Mermaids, Pegasuses, Titans, and even Dragons! Strategize and defeat the evil Fallen Elves! Become the new ruler of Kaleria! [Source – Google Play]

Reign of War is currently available on Android platform.