Home Mobile Gaming News Reflex Unit 2, Out Now on iOS and Android, Pits You Against... 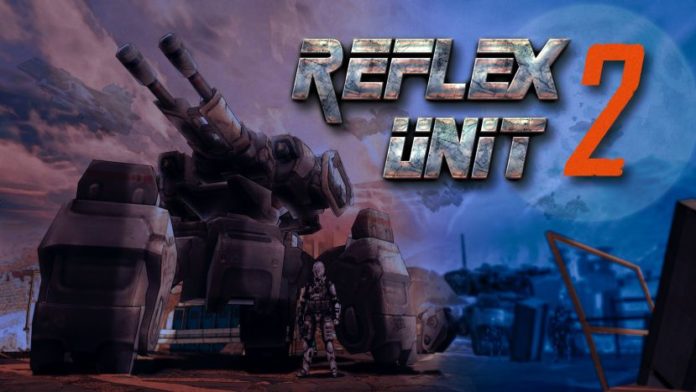 Reflex Unit 2 sees an army of remote-control drones threatening the safety of the planet so it’s up to you to command several mechs to push back this invasion. Over 9 different missions, you’ll control a mixture of smaller mechs designed for stealth or bigger variants that were built with large-scale damage in mind.

There will also be an array of tech to try out too. Each weapon comes equipped with a secondary option that can either be offensive of defensive. For instance, a few attack-minded options include plasma grenades and homing rockets whilst more passive options are shields and invisibility cloaks.

Once you’ve tackled those nine missions, you can play through them again on a ramped-up difficulty that will really put your skills to the test. You don’t have to face this alone either, with online co-op being an option for the campaign you can team up with another player to gain some assistance.

And that’s just the Campaign, once you’ve wrapped those missions up there are also two different multiplayer modes to jump in to test your skills against players from around the world. The game also supports cross-play, so you’ll have a larger pool of people to compete against.

The first of these modes is called Versus. This is a team deathmatch setup for up to four players, though the developer says this could increase over time depending on the demand for the game. There will 5 different maps to learn as you fight for online supremacy.

If you’d like to play something with a little more tension, then you might be interested in Survival Mode. Again, this will be for up to 4 players, but it will be a small-scale battle royale, so a little more caution will be necessary as you scavenge for mech parts in these 5-minute matches.

Reflex Unit 2 is available now on the App Store and Google Play with premium and free-to-play variants available.