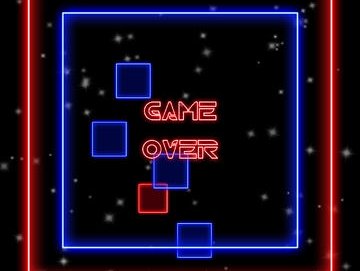 Red Bit Escape is an amazing skill game with a simple concept: avoid the blue squares for as long as possible by dragging your red square over the screen. As things get a lot more difficult than they sound as time goes by, we have decided to share with you a set of Red Bit Escape cheats: tips and tricks that will hopefully help you last longer and earn some bragging rights in your circle of friends and, why not, in the world.

So read on our Red Bit Escape cheats and tips that will help you stay alive for as long as possible in this amazing iOS game!

1. Stick to the middle
You will usually be pushed towards the corners by the movement of the blue squares. But always get back to the middle of the screen because that’s where you have more maneuver space and basically four directions to move your square when the others are closing in. As soon as you go into a corner and remain there, you are doomed!

2. Be always on the move
You don’t have to be insanely fast (at least not for the first 30 seconds) but you should always be moving. Anticipate the trajectories of the blue squares, be on the lookout for free spaces and always move, with the aim of getting to the center as often as possible.

3. Play on an iPad
Playing the game on the tablet instead of the small screen of your device makes Red Bit Escape a lot easier. On the phone, your hand will cover most of the screen and you won’t be able to quickly see the squares. On a tablet, things get a bit easier since the screen itself is larger, so if you can make a choice, choose to play the game on an iPad instead of an iPhone.

4. Try to keep calm
As the blue squares start to move faster, we tend to lose our focus, move faster too and crash. Try to keep your cool and only increase your square’s movement speed if really necessary, for quick maneuvers. If you get too excited, you won’t be able to focus and you will lose.

5. Take breaks
It might not seem like a game that’s too demanding on you, but Red Bit Escape does drain you of energy. If you see that you’re starting to get angry and fail to survive for long, take a break, do something else, take your mind off the game and return at least 30 minutes later, when you eyes and mind are rested. It’s that moment when you’ll get an amazing high score!

And these would be our Red Bit Escape tips and tricks for you and hopefully they will get you to over 60 seconds. I’m still trying to get there, but soon I will. What is your high score so far? 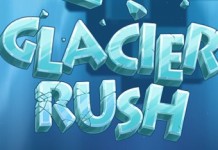 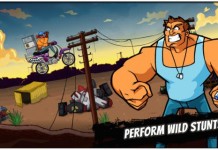 Delivery Outlaw Cheats: Tips & Tricks to Make It to the End 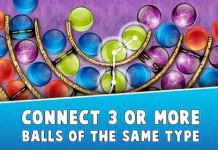