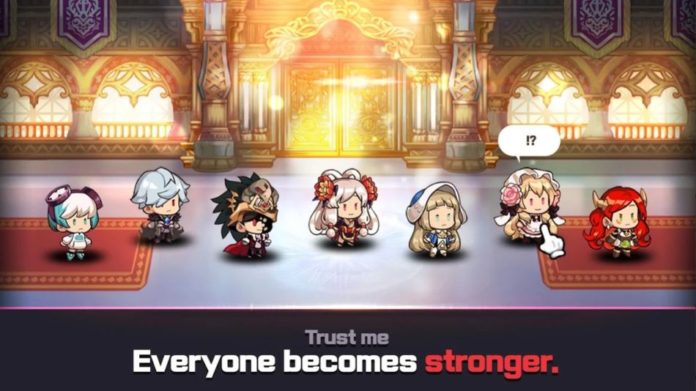 In today’s article we are going to share with you all of our Reaper High: A Reaper’s Tale tips and cheats to help you defend the castle for many days and know exactly how to deal with every situation.

This game is pretty much a tower defense kinda game, where you have to deploy various heroes and use spells and buffs to defend your base against incoming waves.

There are a few things you can do here, and the game is overall very strategy focused, so if you like that type of games, you’ll find this one quite challenging!

So let’s not waste another second and dive right into the Reaper High: A Reaper’s Tale tips and tricks right here below!

Battle as much as you can

One of the things you will have to do in order to get stronger is to battle more. It might not sound like much, but that is one way that you can obtain various goods and upgrade your heroes. Whenever you fight, after each stage you will have to choose (at random) between three of the following:

– Acquire Student (gets you a new random student to fight)

– Acquire Buff (gets you a passive buff, can be anything from Attack Damage, Attack Speed to HP and so on)

– Acquire Spell (gets you a random spell which you can use. There are both active and passive spells.)

– Acquire Box (gets you a chest with equipment or materials, which you can actually keep once the battle is over – you’ll see the items in your inventory)

– Mana Level Up (increases the Mana pool you have, allowing you to perform more moves in a stage)

What to get at start?

At start, you should be focused on playing as much as you can, even if you won’t make it to level 150 in the first go (or in the first 500 tries for that matter). First try to get as many students as you can to fill up your back row – ranged students, and then a few melee ones to put them on the front row.

I think an ideal number of students would be 8 or 9, 9 in case one of the ones you have dies, so you will have backup.

After you got your students, you should be pretty good. Oh, also – whenever you are low, don’t be afraid to get full party heal because it will not be in vain. After doing this, try getting now Chests (whenever you can) and Buffs.

I always consider the passive buffs to be more effective than the active spells, because the spells are random and you don’t really know what you will end up with. As for the student combine, always try to do this when you want to get better quality students.

Watch an ad (or more) to receive login rewards!

In the top left side of the screen (in the main interface) you will see a chest wielding various goods. When you tap on it you will see a green button underneath which will allow you to watch an ad and receive the given reward.

After watching an ad, you will receive the reward on the left, and after waiting for the cooldown (a few minutes) you can watch another one to receive the next reward (the one on the right). Keep doing this, because you will get a ton of Gems from this and also Honor Points and more.

Level up your heroes!

The heroes you got (the students) will unlock various skills as they level up, so you should make sure that you level them up, as soon as you have unlocked the students you wanted. The heroes get new skills at level 1, 5, 10, 20 and 40.

All you need to do in order to level them up is go to Student menu -> tap on the one you want to level up -> hit the “Level-Up” button -> spend the Honor Points necessary to level up. I suggest that you level them all to level 5 for start, because that will unlock the very first skill.

Afterwards, make sure you save the Honor Points to either acquire more (and better ones) or level them up further. This is super important because when you will use that leveled up student in the battle, you will get it at the level that it’s on!

How to get more students?

This might seem confusing at first, but you will be able to acquire students by going to the”Enhance” button. There, you will see three random characters. When you see that the characters have a yellow “NEW” text above their head, it means that you don’t have that character.

I suggest that you keep an eye out for the ones that are listed on the right, under “This week’s Legendary” because these might appear! When you see them, you will need to have quite a lot of Honor Points (or Gems) to get them, but it will be worth it!

Another way to get heroes is by combining two of the lower rarity (right the one below them). This will give you a random higher tier character. This is how you get higher tier students:

– by combining two COMMON students you get a RARE student.

– by combining two RARE students you get an EPIC student.

– by combining two EPIC students you get a UNIQUE student.

– by combining two UNIQUE students you get a LEGENDARY student.

You can do this during the battles, by selecting the “Combine Students” option. Afterwards, once you got them, you will have to make sure that you got a slot free for the one that you would like to keep.

The students in the “Enhance” menu will reset every 30 minutes, or you can reset them manually by paying 20 Gems (though it’s not worth it).

Get Artifacts to passively get better stats

The Artifacts will basically increase your students’ stats and the castle’s stats passively. They can be found in the “Artifact” button in the bottom side of the screen, and there, you will have to pay 1000 Gold for the first artifact summon of the day.

After that, it will go up by 200 Gold for every new summon, so it’s not really worth spending all your Golds there. Just do this at least once a day – and a maximum of 3 times, so you won’t run out of Gold in a matter of minutes. In time you will get all of them.

Know how to place your heroes

The heroes each have a set range. I suggest that you pay close attention to that, because some of them are healers – others are tanks and so on. Since all of them have a different range, you should try doing this:

– Keep the tanks in the front line, because they have a close range and they can also take on a few hits – so they will be fine.

– Put a healer somewhere between the front line and the back line, because they have a range that affects all the squares around them, so it’s mandatory that they have the tanks in range, but they aren’t on the first line of battle (as they are squishy).

– Put the ranged students on the very back line, because they will have insane range and no obstacles will get in their way.

– Put the Boulder (spell) in front of the ranged heroes, but make sure you leave an empty slot for the healer (as I mentioned, they should be between the lines).

In my opinion this is one of the best tactics, because when you fight most of the monsters will get blocked by the Boulder, and the ranged heroes can attack freely. As for the healer, if you don’t have one just yet, it’s OK to put a boulder instead.

I always prefer to have the very first line of battle with two melee tanks in the middle two spots, the line behind them with boulders (and a healer, optional – when you have it), and on the back line I like to have 2 or more ranged students which I will freely swap around (using mana) between the slots, so the strongest ones can deal with the toughest monsters.

One of the best things you can do is log in daily for 7 days straight. On the seventh day you will receive a Legendary student, so it’s definitely worth it (not to mention that the rewards you get in the other days are also good)!

I suggest that you do this even if you don’t really plan on playing that particular day, because you will thank yourself later! Also, don’t forget to check out the in game events, because you might receive various goods from those as well!

Join a clan for better goods and buffs!

I suggest that you take your time to find a good and active clan, because you will gain a ton of benefits from it, from buffs to even a clan shop where you can buy goods for the currency you get from donating to clan.

There you can also socialize with other players and learn all the tricks they have about the game as well! But either way, it is definitely worth joining a clan for the buffs that will help you during battles!

These would be all of our Reaper High: A Reaper’s Tale tips and tricks that we have for you right now! Do you know some more useful game tips and strategies that you would like to share with us? Leave them down in the comments section below! 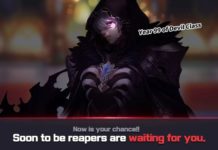