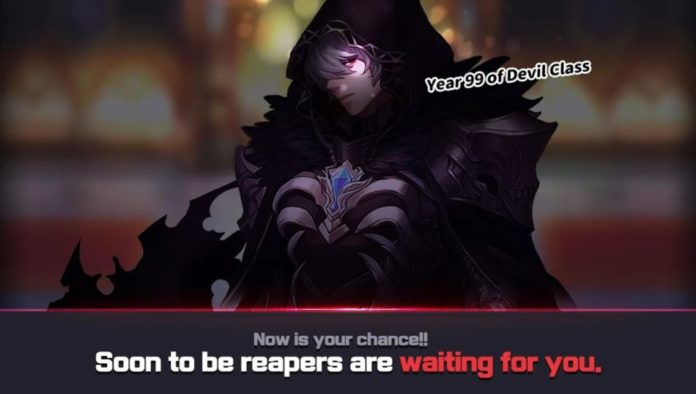 In today’s article we are going to explore all the best heroes in Reaper High: A Reaper’s Tale and give you a list of the best heroes that you can choose for your little team!

If you want to have some of the best students, then let me give you a hand at this by sharing all that you need to know about the best ones, along with their skills and how you can obtain them!

So, are you ready? Then let’s dive right into the Reaper High: A Reaper’s Tale best heroes / students in the game right here below!

Now I wouldn’t really get into the best Common heroes here, because you should use them to combine into better, Rare ones. However, if you are really in need of a quick good Common hero, then I would recommend these:

She is a Common student who will heal your lowest HP hero in a radius around her.

He has pretty good HP and Attack for a Common student, so he is fairly decent for your second line of battle.

The Rare students are some of the most common ones until you will unlock higher levels, where you can actually combine them to get better and stronger ones, which are going to have much more benefits. These are some of the best Rare heroes that I personally have used before and have proved pretty useful:

Polkan is pretty decent in terms of damage and HP and has very good synergy with other students that cause bleeding effects (because he deals increased damage to targets who are bleeding).

Luna is pretty decent when it comes to damage, because she does AoE damage (once she unlocks the second skill at level 5). It’s pretty useful, especially if you need some ranged attacker.

This powerful tank has also quite a good damage, so it’s good – I definitely recommend him as a cheap tank (plus damage). He ignores the enemy defense and also has chance to evade attacks at level 5.

He has very strong single target skill, which deals a ton of damage. At level 5 he can also boost the attack of the students in the same line as him by quite a lot. It’s a very good unit!

The Epic students can be obtained by combining two Rare students. They are generally good, but here are the best ones in my opinion:

He has crazy HP, good defense and a generally decent damage too. If you level him up, he also has some very useful skills – and a passive which boosts basically everything.

He has crazy attack speed and a generally decent HP. Has good damage, so it’s a great student.

Ari is a super good support hero which deals good damage and slows the enemy. She also has two very useful passives which help her shred basically the enemy’s defense and increase the chance of skills casting.

He does pretty good damage and his second passives is amazing because it gives a chance to activate the skill twice.

This hero has a lot of HP and is a great front liner who also has decent damage and crowd control. They can stun and knock back the enemy, so if you need an extra cc in your team, this is definitely a good choice!

Fairly decent tank, but his skills are what he shines best at: he can knock back the enemy and if you have a few Defense Type heroes, he will be a great addition because his third skill boosts their Attack Speed by 40%!

If Common Shasha had nothing super amazing going on for her, the Mint Shasha is a super good support hero, which basically boosts the attack speed of the heroes from the line in front of her by 80%! That’s crazy! And if that wasn’t enough, she also boosts their Attack Power (if they receive the buff) and she has a chance to activate it again.

They are all pretty good, but here are my favorites:

She’s a sneaky little fox who summons a Vine which can heal her and also hinder enemy movement. It’s good, and she also has pretty high general damage.

She can summon bats to fight for you and she also has self sustain by healing from the attacks she inflicts – it’s very good!

A strong spearman, who deals a ton of damage, can evade enemy’s attacks and also shreds their defenses.

He is a crazy good tank (with a ton of HP) and also has very good damage. He also buffs the front line and further boosts the Defense type heroes.

What else is there to say? He’s just that good at both tanking and damaging. (and yes – that’s his name)

If she was good before as a Common Manamana, now she is absolutely fabulous as a healer. If you want to make something amazing happen, add her to a full comp of Defense types with high attacks and maybe 1 or 2 more super high damage dealers, and you got yourself an unkillable composition.

The Legend Students are the Red ones, who have usually 5 skills and are super powerful overall. I really shouldn’t even bother mentioning them, because all of them are good at a specific task, but I will go through my favorite ones.

And yes, as a disclaimer – all of them are good! I am not going to tell you now details about all of them, and that’s because you probably know too that they are super powerful.

This is how you can get Legend heroes:

– You can encounter them if you are lucky from the weekly Legendary (there are 3 new heroes every week, which you can get by going to the “Enhance” button and then either waiting for 30 minutes to reset, or paying 20 Gems to reset instantly).

– You can combine two Unique heroes when you are fighting in the stages.

– You can purchase from the “Shop” the Bonus Pack II.

– You can log in every day for 7 days straight, and on the 7th day you will receive a random Legend student.

Either way, if I were to mention a few of the best ones, here they are:

The Main students include the one you start with, Noah. There are six main students, and they can be unlocked with 300 Gems each. You can find them in the main interface, and if you tap on them and have the Gems, you can then tap the “Hire” button to get them.

Basically they are all good, but my favorite by far is Kireush, who summons bats and has a chance to cast the skill again. Overall, they are the best heroes, and eventually you should be looking to get them all and form various combos around them (and with the other heroes).

This would be it for our Reaper High: A Reaper’s Tale best heroes in the game! Don’t forget to take a look at our game guide and let us know down below which are your favorite heroes and why! 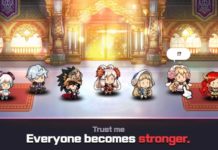