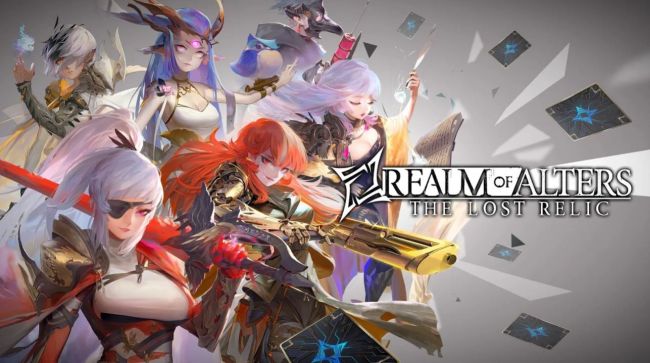 In today’s article we are going to tell you all of the Realm of Alters tips and cheats to help you win more games and take down more opponents in the matches that lay ahead.

While many of you (myself included) have had issues figuring out the game and the “maintenance” times after its official release date, the game has finally been release and it’s here for us to play and explore. And that’s probably why you are here also! To discover all of the tips that we’ve got in stash for you.

Well, you’re not wrong about that – you came to the right place, because today we will go through all of the Realm of Alters tips and tricks to help you win more games and build a powerful deck! So let’s not waste another second and dive right into it!

On a side note, I feel like adding my very personal thoughts into this: Being a 6-man team that has created the game, they have done a darn well job in the graphics and animation department of the game – it has some stunning and smooth graphics, and if you played the game for even 2 minutes, you can’t help but notice that!

Start learning the basics of the game

Much like every other card game out there, there are some basics that you need to be aware of if you want to learn the game and be able to play it. If you haven’t played such card games before, or even if you have, I will still walk you through everything that you need to know:

– Each deck must have 40 cards. To add a card to the deck, long press the card and drag it to the spaces in the deck.

– You can select which champion you want to play with your deck.

– You always draw cards from the top of your deck, and add them to your hand.

– When you have reached the end of your deck (have 0 cards left to play) you will start taking 1 damage per turn (fatigue). This is a penalty, so try to either finish the battle before this, or make the enemy get fatigue before you do.

– You gain mana by placing 1 card of any type into the mana zone (that black hole) each turn. You can only place more if a spell or effect allows you to. The maximum mana you can have is 10, and it refills after each turn.

– The maximum number of followers you can have on the battlezone at all times is 5.

– A card cannot attack in the same turn that it is summoned.

– You can evolve some followers by using certain cards – The evolve follower will tell you what you need to have, and when you have that follower on the battlezone, it will be possible to evolve it.

– Don’t forget to use your followers to attack. You can use as many as you want as long as they have not been summoned in the same turn.

These would be pretty much the basics of the game. Seems like a pretty big list, right? Well, (at the point of me starting the game) the game is not exactly walking you step by step through everything, so if that is the case for you as well, then just make sure that you remember these simple tasks.

Get familiar with the skills

Some of the cards will have skills, and some of the active spells will have the effects of these skills as well. Let me explain what each of them mean, so that you will not have to wonder every time you get a new card:

Blocker: Players can’t attack any other characters while there are enemy blockers on the battlezone.

Charger: A spell which has this description will not go into the Graveyard after usage, but instead will be sent into the Mana Zone.

Dash: A follower which has the Dash description can attack in the same turn it is summoned.

Death-Trigger: Triggers the card’s ability when the follower has died in the battlezone.

Evolve: Evolves a follower – the card with this effect will be destroyed upon usage.

Insight: Depending on the insight, your spells can do extra actions.

Summon-Trigger: Triggers an ability when the card is played from hand.

Use your spell wisely

Every deck will have the main hero and a small spell on the right side of it. I suggest that you think carefully when and how to use it, because it will have different effects. Try to always save this for when you can combo it with your card attacks and deal the most damage.

Take your opponent by surprise

This is a tactic which I have found works best when you use it this way. Basically if you have a good card which you have the evolver (see Evolve card effect above) for as well, then you can try to stay a couple of rounds without summoning any cards, or by summoning some lower power cards which you won’t mind losing.

Then you can try to do this and combo the powerful evolved follower with a couple more, or even the lower cards, and slowly chip on the enemy’s health.

Learn your cards before everything else

It should go without saying that you should make sure that you learn what your card skills are and how you can best use them in combos. That way you will always have a good synergy and no cards that you will not find use for.

For example if you have a few cards of a certain color that you like, then you should try to pair them up with others which you can use to send to the Mana Zone and get mana, so that you can play the good ones.

Check out different card combos in the Normal mode (by no means in the ranked mode) because there you can afford to lose without having any demotions or such.

Save up Coins and get new cards

When you head on to the Shop you will be able to scroll through different menus there. Once you come across one which lets you buy a card pack for 1000 Coins, then you can consider investing at start.

That is a good way to build up a deck if you want to get some extra cards and try out different deck builds. There are also card tokens which you can use to get packs, but those are a little bit more difficult to come across! So whenever you get them, make sure that you get some cards!

Log in every day to claim your free rewards

Every single day that you will log in to the game you’ll be able to claim a bunch of free rewards! These will be mainly Coins at the beginning, but hopefully after the game will be out for a little while longer they will add some more (or after it will be out of the CB phase).

Either way, it’s a good way to start building up a couple of decks by spending the Coins that you receive to purchase new packs as I mentioned before. If possible, try to log in every day and claim the daily free login rewards!