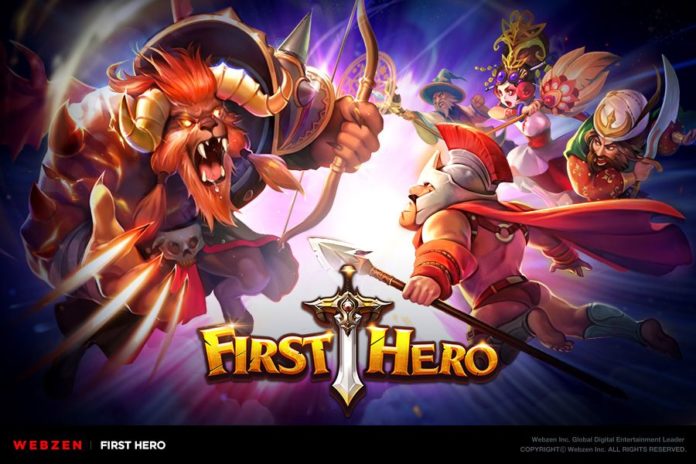 What happens when you pluck an assortment of legendary characters from history and mythology out of their respective realities and drop them into the same place at the same time? Bill & Ted’s Excellent Adventure happens. But if you chuck them all into a fantasy realm with monsters to slay and kingdoms to colonize, rather than California, First Hero happens.

This real-time strategy game, published by Webzen of MU Origin fame, lets you summon from a catalog of more than 50 famous characters from the past. Your chosen heroes will lead your troops into battle, mostly against other players, but also NPC monsters. Your base of operations is your castle and its surrounds, where you can build and upgrade your little kingdom.

The heroes you summon each have their own statistical pros and cons, but you can upgrade and customize them utilizing magical ‘soul stones’, runes and equipment – so no two Joan of Arcs or Lancelots are likely to be the same. The troops you create can also be enhanced using Hero’s rune and equipment. The more resources you invest in your army, the more fearsome they’ll be in battle.

As is standard for a South Korean online game, there’s plenty of PvP action to get involved with – especially in Arena mode. For a bit of co-op gameplay, though, you can join alliances to embark on Alliance Domain Conquests and Expedition. There’s also a single-player Adventure Mode if you’re feeling a little anti-social and just want to solo-quest for a while.

If all that has your sabre rattling, why not start building your collection of heroes in First Hero – available right now on the App Store and Google Play.