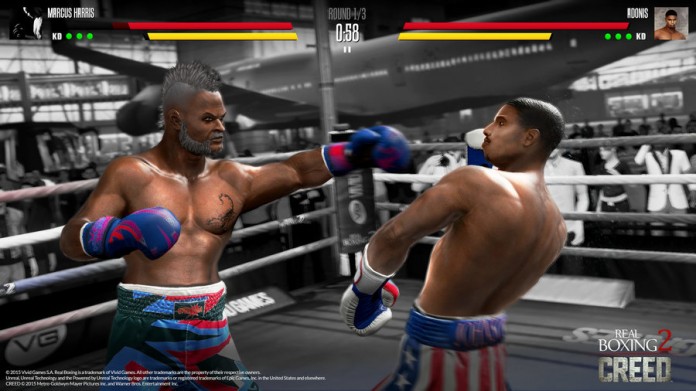 The sequel to the sports game Real Boxing has been in development for some time, promising to enhance the gameplay experience of its predecessor with new features and tweaks. Real Boxing 2 is finally getting released later this month but it’s actually become a slightly different game.

Real Boxing 2 Creed is now known as Real Boxing 2 Creed and it will be the official game of the movie Creed, a spin-off of the Rocky series. As such, the game will star Apollo Creed’s son Adonis Johnson as he gets trained by Rocky himself to become the best boxer ever.

Real Boxing 2 Creed will come with a single player mode as well as a multiplayer mode which will be integrated in the single player one to create something really unique. The game will be released as a free to play game so fans of Rocky won’t have to spend real money just to see if this approach will be as engaging as it sounds.

Real Boxing 2 Creed will be released on November 19th on the App Store in all regions. We will let you know if anything changes as soon as possible so stay tuned for all the latest news.