Home Game Guides Rarest Skins in Fortnite (& How To Get Them) 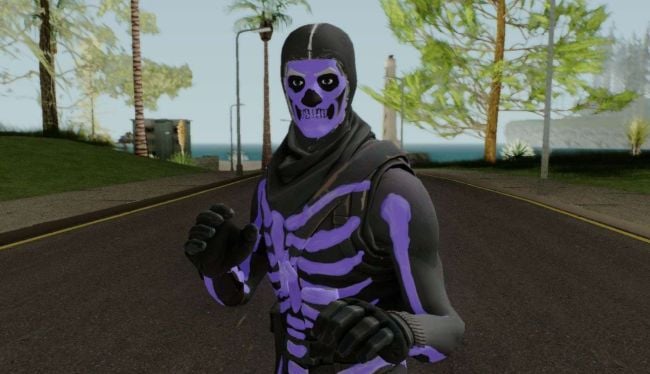 Are you constantly on the lookout to be the best dressed and coolest player on your team? Then you’ll definitely want to check out our list of the rarest skins in Fortnite! We’ll give you our top 10 skins that you can look out for in Fortnite, as well as a short guide that’ll teach you how to get them.

In Fortnite you’ll often see players running around with cool-looking skins, and you might wonder which ones YOU could showoff in a similar manner. Well, these skins are guaranteed to turn heads. So without further ado, let’s take a look at the rarest skins in Fortnite!

This skin first made an appearance in Chapter 1 Season 1. The Aerial Assault Trooper skin was the first ever skin you’d be able to get, all the way back in Season 1.

If looking like a medieval knight is your thing, then the Black Knight Skin in Fortnite is definitely something you should be looking out for. This is a Legendary Fortnite Skin that could be obtained from the Fort Knights set.

This skin was available from the Battle Pass back in Season 2 and could be unlocked at Tier 70. If you see someone rocking this skin, then you’ll know they’ve been around for a looong time.

This old school Fortnite Skin was part of the Storm Scavenger set, and it could be obtained back in Chapter 1 Season 1. That’s a long time ago, in case you were wondering. Renegade Raider could only be purchased if you were level 20 back then, from the “Season Shop” for 1200 V-Bucks.

This skin received a revamp in patch 8.10 patch, but it was not added to the game (once again). So, if you have it and got plenty of attention for it, chances are there are not many other players who do.

Although this skin is not head-turning (to say the least), it is rare. The skin was released back in September 2018, which means it was first available in Fortnite Chapter 1 Season 5. It could be purchased from the Item Shop for 1500 V-Bucks, but it was later removed altogether.

If you happened to purchase it back then, nowadays you are the proud owner of one of the rarest Item Shop skins in Fortnite!

We’ve all seen plenty of Green Glow Skull Troopers running around, but how about a Purple Glow ST? This rare outfit was a reward for players who bought the original Skull Trooper Skin before Fortnitemares in 2018.

The Skull Trooper Skin originally cost 1200 V-Bucks, which was later changed to 1500 V-Bucks.

These are some of the rarest skins in Fortnite as well as how you could originally get them. Which ones are your favorite? Let me know down in the comments section below! I have always been a fan of the OG Skull Trooper.

Rarest Skins in Fortnite (& How To Get Them)