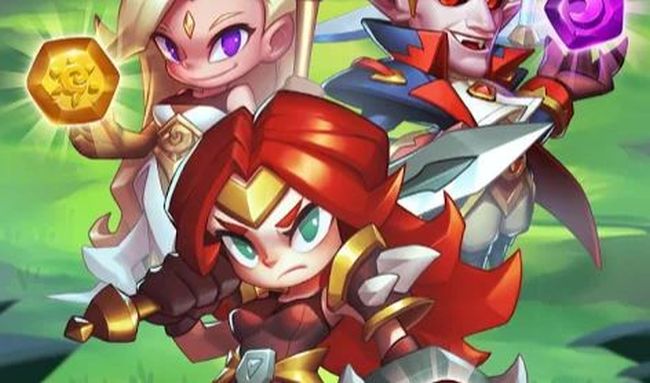 In our article today we will cover the Raids & Puzzles: RPG Quest tips and cheats and help you with everything that you might need to know in the game!

Since there are quite a lot of things to keep track of in the game – after all, it is a RPG, I will cover everything that you need to know and let you know what you should focus on early in the game to have a steady progress.

I have to admit, that personally I was not impressed with how the game took the approach on the Stamina early on, because I felt pretty much obligated to spend my Gems on Stamina if I wanted to keep playing the puzzles, so that is definitely something that I’m sure annoyed a lot of players.

But putting that aside, let’s focus on what we came here to do – the Raids & Puzzles: RPG Quest tips and tricks and learn everything that you need to know about the game and how to get stronger!

Match on the same side as the enemies

When you are playing the match puzzles, then one thing that you need to know (if you are new to this type of games) is that the place of the tiles that you match matters because it will affect only the monsters it directly hits!

You should always check which enemy you want to be taking down first and try to do so by matching the blocks which will affect that enemy. I suggest that you always pay attention to this and make the right matches to take the enemies down ASAP because that way you will take less damage (or none at all if you take them down before they attack).

Focus on the middle enemy

As you might (or might not) have noticed, the middle hero will have a mana bar which will fill up over time, after each attack. Once the enemy’s mana pool is full, just like yours, he will be able to use a powerful skill. Well, it will be more powerful in the late game as the enemies get stronger.

I would suggest that you try and focus on this enemy firstly because it will be the strongest out of them all, but because of the three rows of blocks which you can match you can also take it down the fastest (usually).

My tip here: If possible, try to make combos and tons of matches before the enemy charges up their mana, so that you will not get attacked by them. Try to focus first on the tiles which the enemy is weak against.

The strengths and weaknesses are as follows:

– Light and Dark counter each other, so they both deal more damage to and take more damage from.

When you hit an enemy with the element that you counter (so they are weak against you) you will deal double damage. When you are hitting an enemy that counters you (you take more damage from), you will deal half the damage. Try using the elements smart, so that you can deal as much damage as possible.

My suggestion would be that you always have all of the elements heroes in your team, because if there will be an enemy which you cannot counter, because you don’t have that hero in your team, then it could be more difficult to pass that stage.

My tip here: I always like to have all of the element heroes in my team, because even if the heroes are not as strong as others, having that double damage against the countering element can make up for it and therefore I like to have all 5 elements on the team.

When you are matching 5 tiles that’s one of the best things you could do, because that can possibly attack all of the enemies and very often deal a huge chunk of damage, if not take them out completely with one attack.

Use your heroes’ skills

As you make more matches and attack more, the heroes in your team will charge up their mana. You can use the heroes to attack enemies, and each hero will have their own special attack which you can use by tapping on the hero portrait in the bottom side of the screen.

When a hero has filled their mana, make sure that you use them to attack the enemies, especially if they counter the enemy element. However, there are a couple of things which I would suggest that you consider before attacking:

– Do not use the heroes’ skills if the enemy is almost dead because it will be a waste of skill, which you can use for another enemy.

– If you can, try to save your heroes’ skills for the boss encounter so that you can take it down super quickly.

– If enemies are almost dead, don’t bother using heroes and special tiles to make matches and take them down, and instead try saving them for the next wave of enemies.

The quests will be useful, and they will give you resources which you can use to upgrade your city, so try completing them from time to time because you’ll get some extra stuff!

There will be an auto battle button available in the game, and you can use it to complete the puzzle stages in your place, but the auto option can be quite unreliable later on since it will automatically use the heroes’ skills as they become available, even if the enemy has 1 HP left.

So even if you are using these early on to help you clear the easy stages, try to avoid using them later on because they might actually help you lose the stages instead if you will face a super strong boss which needs to be taken down fast, and you will need your heroes’ skills.

While you are not actively playing the game (are offline) or while you are waiting for your buildings to upgrade / Stamina to refill, your heroes will be constantly fighting enemies and collecting resources.

You can claim these resources in the Map tab and there you will notice on the bottom half side of the screen a chest. Tap on it and you will be able to claim some rewards which will mostly consist of resources.

Don’t forget to log in to the game every now and them to claim these because they will stack up over time, and at some point the chest will be full and the hero will stop collecting then.

Level up your heroes

When you obtain new heroes, not all of them will be super useful, so for those which are not really useful, you can use them to level up your better heroes!

To do that, simply head on to the Heroes tab and tap on a good hero which you are using, then select the Level Up option to start leveling up that hero. You will be then able to select the heroes which you want to use as hero feed and they will disappear in the process.

I suggest that you level up your best heroes first, because they will be the most powerful ones. After that, you can focus on the lesser ones, but just make sure that the best ones will come first.

How to obtain more heroes

There is a sure way to get more heroes, but since it is pretty much a summoning system you will not always get super lucky and you’ll also need to farm quite a bit for some SSR heroes (especially if you are a f2p player).

I definitely suggest that you go for the 10 draws because that will give you 1 SSR item guaranteed (hero or pet). So save up 2600 Gems and do that summon, or 1600 and get a pet. My tip would be to focus on the heroes first, but that’s entirely your choice.

There are also other types of summons, the free ones, which is the simple Summon. That one will give you 1 free pet or hero summon every 24 hours, so make sure that you do this daily. You will also be able to use tickets to summon here, which you will obtain by completing quests.

When you tap on your profile icon in the upper left corner of the screen and start scrolling down, you will notice a list of in game achievements which will give you tons of rewards for completing them.

I suggest that you give them a quick read and try to complete them whenever you can, because those rewards of Gems will add up and eventually you’ll be able to do the 10x summons.

In the city, you will have several buildings which will give you resources and I suggest that you always start upgrading them, or have two buildings upgrading, because it will take time and you really don’t want to use Gems to speed up the process (since you want to save them for heroes).

I suggest that you always have the structures building because it’s going to help you gather more resources, the more you level them up.

Watch an ad for free rewards

Next to the Castle you will notice on the left side an option which offers you a Video Reward. This can be claimed for watching a short advertisement and I definitely suggest that you do it whenever it is available, because it will give you Gems and a box rewards which can contain super useful stuff and heroes!

When you are checking out the Alchemy Lab building in your city, you will notice that you can craft either HP potion or Mana potion, so try to craft a few of them and have the ready for the battle just in case. It’s good to have some back up potions in battles because later on you might get surprised at how strong some enemies are.

So just keep them close by at all times, since you never know when they might come in handy!

These would be all of our Raids & Puzzles: RPG Quest tips and tricks that we have for you right now! If you know some more useful game tips and tricks, feel free to share them with us and the rest of the players down in the comments section below!