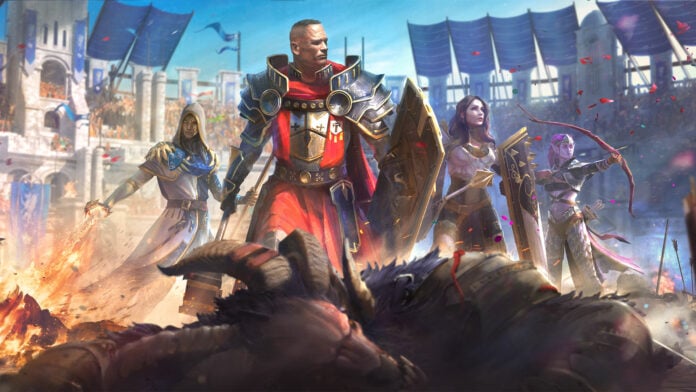 In Raid Shadow Legends, you will be spending quite a bit of time inside dungeons, hunting for gear, master scrolls, and potions. Dungeons, however, often prove to be a challenge, as you will have to deal with two waves of enemies before being able to fight the boss. Dungeon bosses are also much more powerful than the regular campaign bosses, requiring specific strategies to counter their special attacks and emerge victorious.

In this guide, we will take a look at dungeons currently available in Raid Shadow Legends and some general tips for clearing them with the least amount of trouble.

Potion Dungeons are divided into 5 different dungeons – Arcane Keep, Spirit Keep, Force Keep, Magic Keep, and the Void Keep. These dungeons, with the exception of the Arcane Keep rotate every day, with the Void Keep being available only on Sundays. These rotation system lets you plan ahead and prepare for your daily run. One very important thing to keep in mind is that enemies in dungeons share their affinity with the boss, so it’s easy to put together an effective team. The only exception to this rule is the Void Keep, which features two waves of enemies of different affinities and a challenging Void affinity boss.

Gear Dungeons are divided into 4 different dungeons – the Ice Golem’s Peak, the Dragon’s Lair, the Fire Knight’s Castle and the Spider’s Den. Completing them will reward you with Gear of a different quality level. Generally, the harder the stage is in a dungeon, the better Gear you will receive, with stages between 10 and 15 awarding you 4 and 5 stars Gear quality.

As mentioned above, you will have to deal with multiple enemy waves before being able to even challenge the boss of any dungeon. While the strategy depends on your characters and their skills, there are some general tips you should keep in mind when entering dungeons.

As these dungeons are meant to be challenging, you should enter them with at least one 6 Star Champion with +16 Gear in each slot. Giant Slayer and Warmaster Mastery also help quite a bit in getting as far as possible.

While usually not that important during the Campaign, buffs and debuffs are your best friends in the Raid Shadow Legends dungeons. How to apply them is up to the combat situation, but slowing them down first is a great way to deal more damage and additionally debuffs as needed. The Counter-Attack buff is also quite good in dungeons, as most enemies use area of effect attacks that deal damage to multiple characters at once, so having an improved counter-attack will allow you to deal more damage over time.