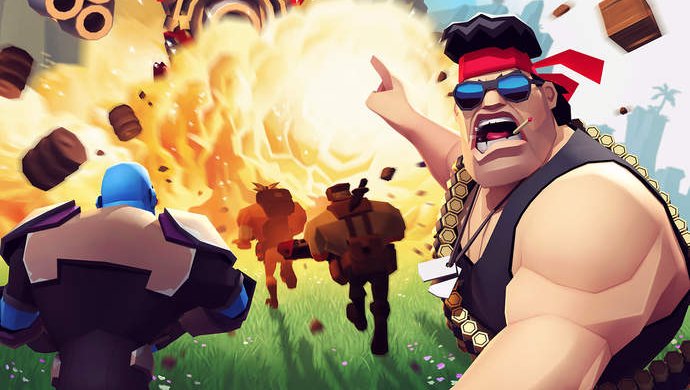 Raid HQ is an absolutely amazing base management and raiding game that has just been launched on the App Store. With beautiful graphics and even better gameplay (battles including shmup / metroidvania battles), this one is a must play title and definitely one you will completely enjoy. And I am here to help make that experience better by sharing a bunch of Raid HQ cheats: tips & strategy guide to build up a flawless base, unlock all heroes and destroy all enemy bases… all day long!

The truth is that you can constantly raid here, so why not do it? It’s fun and it’ll be a lot better if you follow our Raid HQ tips and tricks below!

1. Upgrade your base
You should be constantly working on upgrading your base and always have your workers do something, otherwise your progress will be a lot slower. Build everything you can, unlock everything you can and start working on the upgrades. I recommend upgrading them all to the same level before moving on to a new level in order to have a balanced base. Don’t forget that you can remove 10 minutes of waiting time by watching an ad in-game and if there are 5 or less minutes left, you can rush production for free. Start with upgrading your Storage building, then move to everything else – if you don’t have money for an upgrade and you have free workers, just raid until you have enough money! It’s that simple!

2. Upgrade your Heroes
There is a ton of heroes available in the game and, of course, the rarer ones are better. However, you can upgrade them all if you have the cards and there is a possibility that more common heroes will be just as useful as rarer ones if they are of a high enough level. So my suggestion would be to try and upgrade as many heroes as possible at first (upgrade costs are really low for the first two levels), see which ones you like the most and try to focus on them. However, have in mind that if you constantly get cards for a specific hero which you don’t necessarily like, he or she might still get better than the ones you’re using if they are of a higher level. So always try to find the balance between smartly upgrading heroes and keeping the ones you like in your team.

3. How to select the heroes for your team
The game works based on a rock – paper – scissors mechanic, meaning that some troops are strong against a type of troop and weak against another, so it makes sense to select the heroes that get some sort of bonus against the enemy you’re facing. So first go to the map and launch an attack – the ones in the campaign are free, so simply tap an island you want to attack and look at the colors of the weapons and buildings you’re about to face and simply bring in heroes that are strong against that type of enemy.

If you don’t want to do that, having a balanced team (as many hero colors as possible) is the best approach, but if you really want to ace it strategically, it’s better to create your teams based on the enemies you’re about to face, especially because some offer squad bonuses or enemy penalties.

4. How to choose the best attack route
Usually, the one that gives you the most resources can be considered the best route, but you should also take into account the colors of the buildings you’ll be facing. If you’re trying to collect medals for a blue Hero upgrade, for example, it would only make sense to try and focus on the routes with the most blue buildings. Decide what your priority is in that particular moment and go for it. Remember, though, that resources are produced over time, while Medals for upgrades are difficult to earn and eventually you’ll need a ton of them to upgrade your heroes to the higher levels.

5. Get all the freebies!
You get a free chest (VIP Chest if you make at least a Gem purchase) every 3 hours and a Premium one every 24 hours. Make sure that you log in as often as possible in order to claim these chests, which are filled with cards that you will use to upgrade your heroes and turn your team into the best one there is.

And although not technically freebies, you should know that there are islands that offer you daily cards if you attack and win so you should definitely make sure to attack them and get as many cards as possible (thing the Daily Cards islands, Daily Color Cards island or Alcatraz). Try to get as many cards as possible because the more you have, the better you will do in the long run.

6. How to unlock PVP?
You need to repair the PvP Carrier, which costs 20,000, so you will be able to get it unlocked once you Upgrade your HQ to level 3 (and upgrade your Gold Storage as well). Don’t hurry to do it, though, because before you unlock that, you can’t be attacked so it’s best to max out everything before unlocking it and therefore unlocking PvP, where you will lose resources.

7. Don’t forget to build up your defenses too
Apart from the defensive turrets that you have in the game to protect your HQ, tapping the HQ itself gives you two options: to request troops from your clan mates (so joining a clan is a must to increase your defensive chances) and to build/upgrade your mech, which is the big Robot that players will battle at the end. Make sure you request troops and also upgrade your Mech in order to do better in the game!

These are, for now, our Raid HQ tips and tricks. If you have other suggestions for fellow players, let us know by commenting below. And stay tuned with us as we’ll publish even more content and guides for this amazing game! 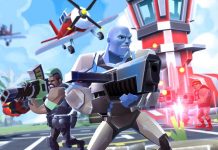 Raid HQ Base Design Guide for a Perfect Defense