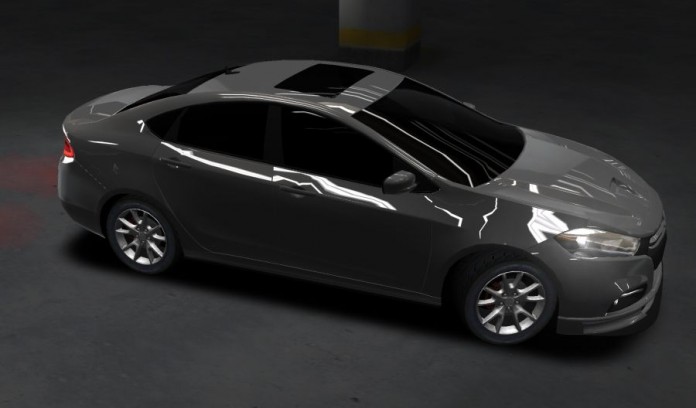 Rival Racing is a brand new iOS game that proves to be extremely popular among the players: it’s drag racing to the maximum, with amazing visuals and head to head multiplayer competition, so why shouldn’t people love it? Of course, being a drag racing master is not the easiest thing and I am here to share with you a set of Racing Rivals cheats: tips and tricks to help you get ahead and win those duels in your quest of becoming the best drag racer there is.

The best part? We’re not going to share illegal Racing Rivals hacks or cheats, just genuine tips and tricks that will help you progress through the game naturally!

The key here is, obviously, buying upgrades for your car. The ones that matter (increase your car’s performance) have “Performance” written under the category and that is what you should focus on. However, have in mind that almost all the upgrades that you can get will increase the damage your engine takes and that shouldn’t be to high, unless you want to spend a lot of time repairing your car, or spend real money.

When it comes to Performance enhancing upgrades, there are some that do less damage than others and you should go for them first. I found extremely useful the upgrades to the Intake system or the engine internals. The first levels are actually pretty cheap and you should get them as soon as you have the money to remain competitive.

Get the NOS as soon as possible

Pretty soon, you won’t be able to win any races without a NOS system and therefore you should get one. It is pretty expensive and requires a few upgrades too in order for you to get the most out of it, but it’s something you should focus on from a point onwards.

It goes without saying that you should use the NOS in every race and ignore those who say that you should keep it to the end or not use it at all. You can use it every time you race and you should for an added bonus. End of story.

Reduce the weight of your car

The lighter the car, the faster it goes. Therefore, you should try to reduce its weight under the Chasis category – there are three upgrades you can purchase here and you should always get them before adding other performance enhancers in order to give you a bigger boost at first.

Pro tip #1: Check out the car’s value by looking in the top left corner before challenging. You should aim for lower values than yours because that means less horse power and an easier to beat opponent.

Pro tip #2: Enter the race arena and only after you are there start purchasing new upgrades to your car. The match making system is made in such a way that you are paired with similar value cars, but you can cheat that by purchasing upgrades after getting into the arena.

Pro tip #3: Don’t be ashamed or afraid to chicken out! If the bet is too high and you are not 100% sure you will beat your opponent, there is no real reason to start that race. Try to start races that you are sure you will win.

Pro tip #4: Keep your car ugly and powerful. Many players look at the aesthetics of a car before deciding if it’s easy to beat or not (which is a mistake). However, keeping your aesthetic upgrades to the minimum won’t show the true value of your car. Plus you get more money to spend for upgrades!

Get the best tires from start

Unlike all the other upgrades, the Grip category allows you to instantly purchase the best tires whenever you want to. So get the best ones (they’re just a bit over 500 bucks, so they are cheap!) in order to get the best out of your car.

Become the master of the shifting

Try to train your reflexes by playing over and over again and hit those shifts at the perfect time. In order to have a perfect race you should: rev your engine all the way to the green, but without going into the red (it’s better to start before hitting green at your RPM instead of starting at red), and hit the go button as soon as the race lights go red. Then shift as soon as you get to green, not sooner and not later. It’s not much I can help you with here because it mostly is a skill-based thing.

In the showroom there are a ton of cars that you can purchase if you have the money. They all cost diamonds, though, so you will most likely have to spend some real money on them.

Complete the single races too!

I know that it seems to make more sense to focus on multiplayer only, but the single player races can help you a lot too by rewarding you with extra money. Plus, you will get the chance to hone up your skills, which is something you should be always aiming for!

These would be our Racing Rival tips and tricks and hopefully they will help you win a lot of races from now on. Do you have other tricks up your sleeve? Let us know by commenting below!