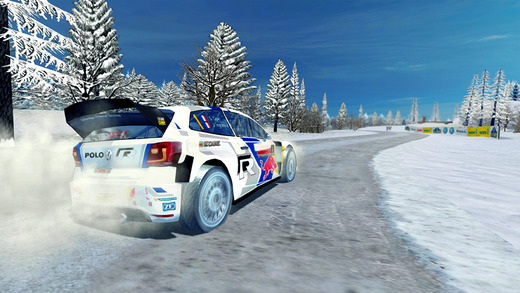 WRC The Official Game, the racing game developed by Bigben Interactive, is now available for purchase on the App Store.

The game, obviously, is the official WRC simulation game on iOS and includes all the official content of the 2014 FIA World Rally Championship, meaning that you will be able to select between 17 drives, drive 18 cars and race through 13 tracks. The game also includes 60 special stages, so there will be plenty of racing to do in the game.

Racing in WRC The Official Game is only part of the whole experience, as the game offers plenty of customization possibilities. Players will be able to create their own team and even customize the interface. The game also offers plenty of controls options, allowing players to select between touch and tilt controls as well as use supported gamepads.

Being a simulation game, driving in WRC The Official Game may be difficult for those who haven’t played many racing games. Luckily the game can be enjoyed by everyone thanks to the rewind feature which allows players to go back and fix their mistakes, a really interesting feature that makes the game quite accessible.

WRC The Official Game is now available on the App Store for only $3.99.