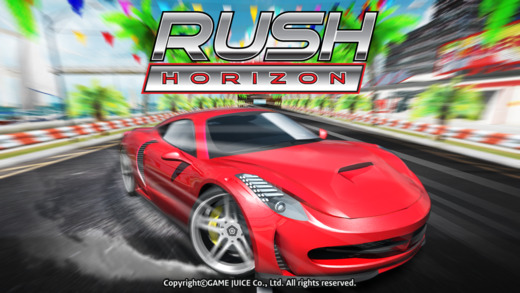 A new racing game is now available for download on the App Store, a game with a clear arcade direction that also includes features taken from endless runner games.

Rush Horizon, developed by Gamejuice, is a game that twists the endless runner formula in a few interesting ways. Unlike many other games of the genre, your movements will be more free than usual, since you are not tied to different lanes. This fact alone makes the game more engaging than many others, as you’ll feel more in control than ever. The game’s graphics are also very nice, with a seaside setting that’s reminiscent of a true classic racing game, Outrun.

Being a free to play game, Rush Horizon comes with some features that gamers expect out of such games like IAPs and more. Luckily, it doesn’t seem like the game abuses these mechanics so it should still be fun to play even without spending real money.

Rush Horizon is now available for download on the App Store for free. Make sure to take a look at the game if you’re looking for an game that’s easy to pick up and play for a few minutes on the go.