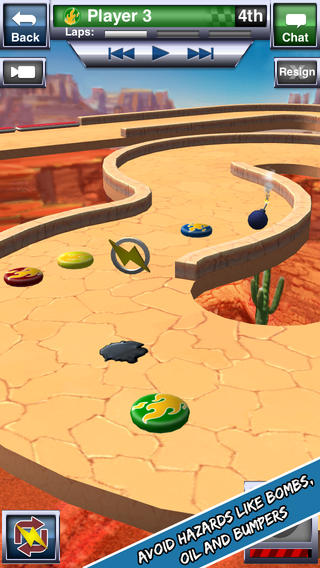 If you have been playing games for a very long time on your iOS device, there’s a good chance you know about Disc Drivin’, the unique racing game released a while back on the App Store. And if you liked the game and would love to play through some new content, you will be happy to know that a new update including new features and content is going to be released this week.

The new Disc Drivin’ will come with three new tracks called Two Cool, Jump Cut and Roundabout. Just like for the other tracks of the game, these three will be filled with power ups that can stop the advance of your opponents and let you win the race with ease.

If you have an iPhone 6 or iPhone 6 Plus, you will finally be able to play Disc Drivin’ as intended following the update, since it also includes support for these more recent devices.

Disc Drivin’ is now available on the App Store as both free and premium game. The new update is currently in the certification process and it should be released later this week if everything goes well. We will let you know if the update gets released later than intended as soon as possible so stay tuned for all the latest news.