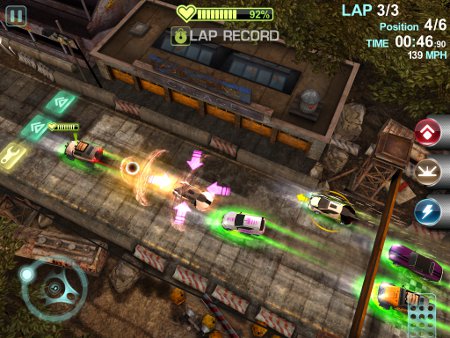 If you’re not someone who enjoys a slow and steady ride, especially in gaming, you might be interested in an upcoming free to play racing game where recklessness is actually a good thing.

Blur Overdrive is the sequel to Blur, a racing game developed by Marmalade Play and Appcrowd. The original developer, Bizarre Creations is no more but the two companies will try to capture everything that made the original Blur an exciting racing game.

Blur Overdrive is a top down racer featuring four different car types, more than ten special events and eight different power up that will give you a clear advantage during the race.

Being a free to play game, more vehicles, track and upgrades will be available for purchase. They can also be unlocked by playing but it will certainly require quite a lot of play time.

As you might have guessed, the game isn’t a standard racer by any means, since the fast speed of the whole actions gives it a quite arcade feel. It’s also the perfect game to play on the go, when you don’t have a lot of free time on your hands and all you want is a quick and fun race.

You can check out an exciting gameplay video right below.