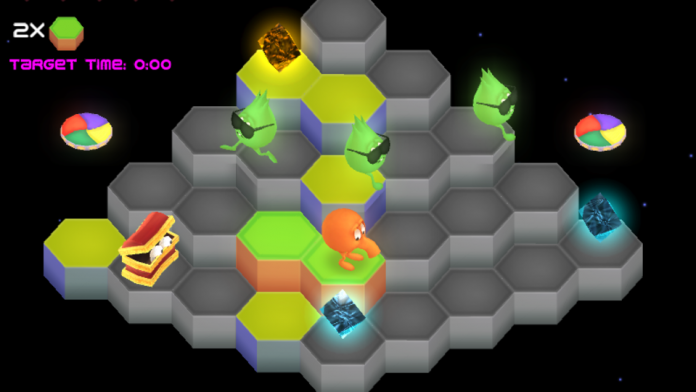 One of the most famous video games of the 80s is going to be coming a glorious comeback in the very near future.

All gamers who have been playing video games for a long time will surely remember the character Q*bert, who had to move from one cube to another to highlight all of them to clear stages. Now Q*bert will soon be highlight more objects in a new reboot game, which is aptly called Q*bert Rebooted.

In Q*bert Rebooted the character will not be highlighting cubes but hexagons. Changing the shape is actually a really nice idea, as it opens up a lot of nice gameplay possibilities. The stages will also come with a quite a bit of variety, as the classix pyramid design is not going to be the only one included in the game.

If the Q*bert Rebooted gameplay experience proves to be too modern for you, the team is going to include the classic Q*bert as well, so there’s really going to be something for everybody in Q*bert Rebooted.

Q*bert Rebooted is going to be released on PC tomorrow. The iOS release of the game has yet to be dated but it should be coming soon. We’ll let you know when the game launches on the App Store as soon as we know something about it so stay tuned for all the latest updates.