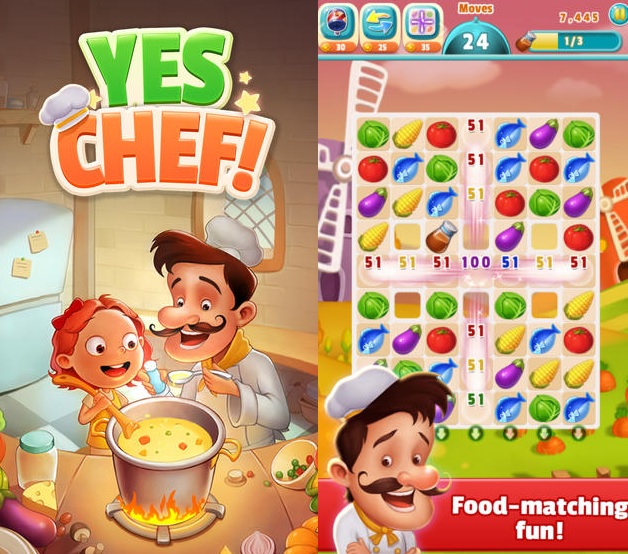 Halfbrick is a studio that needs no introduction, as there are very few gamers who don’t about Fruit Ninja, one of the most successful games developed by the team. Those who know about Halfbrick also know that the team hasn’t rested in its laurels and released a series of really good games like Jetpack Joyride, just to mention one.

The team has now launched its latest game on the New Zealand store, a puzzle game with a tasty culinary setting that will try to appeal to the fans of the incredibly popular Candy Crush Saga.

Yes Chef! is a match three puzzle where players will have to match three symbols or more in order to get rid of them. The game also has a story behind it: apparently Chef Cherry is an apprentice chef who has to match the right ingredients and seasoning for every dish. Since he’s still learning, Chef Cherry will improve during the course of the game, learning some new abilities that will make matching foods easier than before.

Yes Chef! is now available on the Neo Zealand store. The game has been recently soft launched and will soon become available for all the other regions. We’ll let you know the release date for the game as soon as it gets announced.