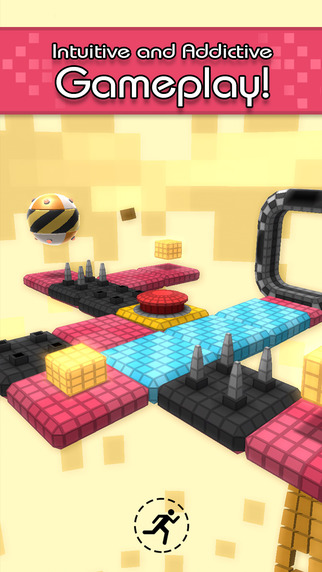 A new puzzle game developed by DeNA is now available on the App Store, a game that’s been already made available on PC a while back under another name with some slightly different features.

Unpixelate is the third puzzle game developed by DeNA released on the App Store and is based on Puzzle Dimension, released on Steam back in 2010. The iOS game comes with new graphics but the overall gameplay experience is pretty much the same as the PC release, with players having to navigate through 3D levels, collect all flowers and reach the exit while avoiding traps and dangers. The game comes with 100 levels so there’s quite a bit to do.

Unpixelate has been released as a premium game without IAPs, something that’s rather unusual for DeNA. For $2.99, players will be getting the full experience without any IAP or ad, which is nice for those who don’t really like free to play games.

Unpixelate is now available on the App Store for $2.99. The game seems to be a rather nice puzzle game so make sure to check it out if you’re looking for a puzzle game to play on the go.