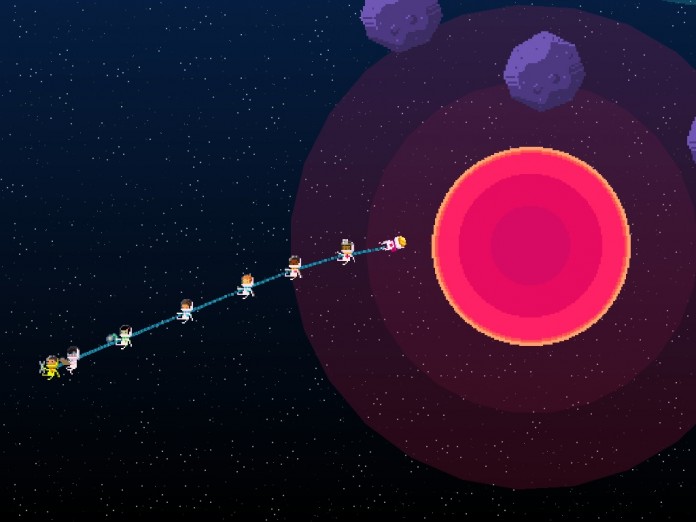 Earlier last week we have talked about a new iOS puzzle game called Sunburn, an interesting game developed by Secret Crush. All those who are interested in this nice puzzle game are now finally able to play it, as it has been released a few hours ago on the App Store.

Sunburn is one of the more unique puzzle games currently available on the App Store. In the game, players will have to lead the crew of a destroyed space ship into the Sun to die. The funny thing is that the astronauts can still die due to asteroids and other dangers but that is not the correct way to die in Sunburn as only the Sun can bring an end to the lives of these poor souls. Creepy but strangely cute funny.

Sunburn is a game that all fans of puzzles games have to play thanks to its interesting physics based gameplay experience and over the top premise. Even those who love playing unusual games every now and then will find something to like in the Secret Crush developed puzzle game.

Sunburn is now available for purchase on the App Store for only $2.99.