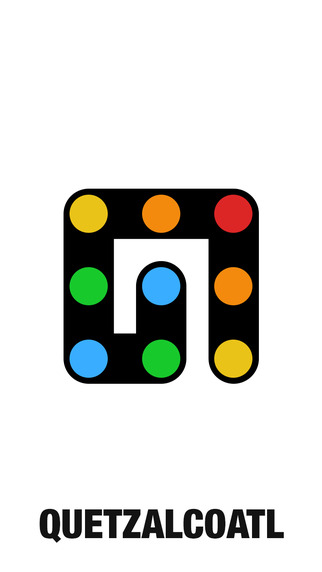 If you’re looking for a nice puzzle game to play on your iOS device, you may want to check out Quetzalcoatl, a new puzzle game released a few minutes ago on the App Store in all regions.

Quetzalcoatl has been developed by 1Button, the team behind another nicely crafted puzzle game called Bicolor. In the new game by the team, players will have to control snakes and match the colored dots inside them to the background tiles. Even though things may seem excessively simple, don’t expect to clear all puzzles with ease, as later ones will be much more complicated than the ones you will compete at the beginning of the game.

If you fear Quetzalcoatl will not be able to keep you hooked as much as you hope, you will be happy to know this won’t be the case, as the game includes 180 different puzzles. If snakes and puzzle games are your thing, Quetzalcoatl is a game you definitely have to play.

Quetzalcoatl is now available for purchase on the App Store. The new game developed by 1Button costs only $1.99, a really low price for a game that can keep fans of puzzles games hooked for quite some time.